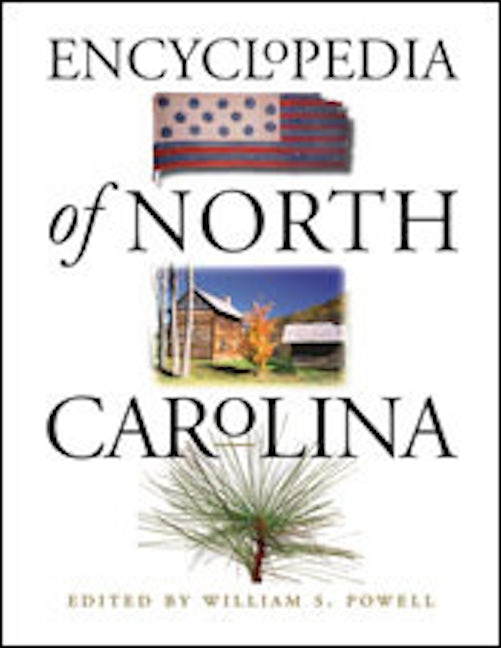 Copyright (c) 2006 by the University of North Carolina Press. All rights reserved.

Q: Your hometown, Statesville, is like somany other small towns across North Carolina that have seen tremendouschanges over the years. What was it like growing up inStatesville?

Bill: The town almost died. TheDepression is what I can remember. Cotton mills were the industry of thetown. You lived on one side of the railroad or the other side and justgiving your address away let people know so much about you—"Oh, cottonmill kid!" they would say.

Q: When you were growing up, do you rememberany sort of encyclopedia like the one you created that had an impact onyou?

Bill: It was the Lincoln Library.It was amazing to discover there was so much information in this onevolume. It was well done but inexpensive, and people who couldn't affordthe Britannica could perhaps afford the Lincoln Library. That was wherethey sent their children to answer questions.

Q: Were there any other influences on you when you were growing up?

Bill: My teachers in high school.A number of years ago I thought about this and realized I was forgettingthings, and so one Saturday afternoon I sat down and made a list of allmy teachers—first grade through college. I got to thinking about wherethese people learned what they were teaching me. This made a chain, andI saw how important it was to get a good start and keep going.

Virginia: And the famous grandmother.

Bill: My grandmother had elevenchildren and after her husband died, she lived each month with adifferent child. She would take turns amongst the family. The expresscompany would bring a huge trunk and drop it on the porch and that washow we knew that granny was coming. She would open the trunk, sit usdown, and tell us what this was and what that was. I have given many ofher things to the Museum of History in Raleigh and to the JohnstonCounty Heritage Center in Smithfield.

Q: Your family has lived in North Carolinasince the 17th century. What kinds of stories did you hear over theyears about your family?

Virginia: Bill's grandfatherfought in the Civil War battle at Bentonville. He was the youngest boythere. He only died the year before Bill was born, so Bill knows himvery well by his writings.

Bill: My great-grandmother was inthe kitchen when the battle was going on, washing dishes. She could hearthe battle going on, and she knew that her son was fighting. It musthave been a tremendous thing to survive.

Virginia: The Yankees came to thehouse and asked the niece or daughter to play the piano for them todance, so she played "Dixie." Everybody held their breath because theythought the army would burn down the house, but they didn't.

Bill: My great-grandfather was aslave owner. In fact, I knew two of my great-grandfather's formerslaves. Most of the slave narratives you read today were recorded in the1930s, and I can remember a whole lot from the 1930s.

Q: What do you remember about your great-grandfather's slaves?

Bill: One day when coming out ofthe post office in Smithfield, I remember an elderly black couple comingtoward my father and me on the sidewalk. The elderly woman screamed andcame running toward us. She called my father by name and hugged andkissed him. They had not seen each other for a number of years, but shehad known him when he was a child. I was only about 3 years old (1922)and was frightened at first, but she was glad to see me. She hadbelonged to my great-grandfather, Ashley Powell.

Q: It sounds like many of your discoveries asa historian give you the same kind of enjoyment you received fromhearing stories from your relatives. Is there a particular discovery youremember that was especially exciting?

Bill: It's hard to say. One findleads to another. Some of them were there waiting to be found by someonewho had the knowledge to look. Ananias Dare comes to mind.

Virginia: Ananias Dare had a sonnamed John before he married Eleanor White and had Virginia Dare. Billfound that in the records in the British Museum.

Bill: (Laughing) And I quit workfor the day and wandered around London.

Q: How do you hope the Encyclopedia will helppeople come to enjoy exploring the state's history in the same way youdo?

Bill: There will be a lot ofpeople who come along and discover or rediscover the same type of thingsthat I did. There are some clues there, and they know they just have toanalyze those clues—just keep looking, and eventually put two and twotogether.

Q: As a teacher how did you inspire yourstudents into wanting to learn about North Carolinahistory?

Bill: I tried to tell them thetruth. In many cases, I had known their parents or grandparents, and Itold them about the people in their hometown. Every time I read theclass roll for the first time in a new class, I asked "Do you know soand so?" It made the history seem real to them, because I knew someonewho was related to them. And also, people in history aren't so differentfrom us today.

Q: Do you think the Encyclopedia is importantbecause North Carolina history is not a modern-day priority inschools?

Virginia: I think people living inthe state should understand what took place here in earlier times. Thereseems to be no easy transition from earlier times to the present. Eventsin North Carolina are not the same as elsewhere, and newcomers probablyhave difficulty understanding much of what they discover in the state.

Q: You have taught countless students overthe years. How does it feel to know that many of these students are nowyour colleagues?

Bill: Practically every college oruniversity that teaches North Carolina history has on their staff orfaculty one of my former students. They are everywhere.

Virginia: The real shocker is that some of his former students are now retiring.

Q: As a teacher, you must have come across avery wide array of students. What stands out in your mind when you thinkof your students?

Bill: I almost flunked freshmanmath at the university my senior year. I went to my professor and toldhim that "I am about to flunk freshman math, and it's going to keep mefrom graduating." I asked, "What should I do?" He told me to do the bestI could and he'd give me as a final grade whatever I made on the final.It worked, and I've used that approach with some of my students. I hadsome students who came to me who were physiology majors or pre-med, andI would say the same thing. I've had doctors come back to me and say"you saved my life."

Q: When you were soliciting contributors forthe Encyclopedia, you had to teach many of them how to investigatehistory. How did you go about doing that?

Bill: I would go to a historicalsociety meeting, talk about things, and people wouldn't let me go—theytalked and talked, and I listened. I tried to let them know the kinds ofthings they ought to be looking for. I suggested they talk to theold-timers.

Q: How long do you believe this Encyclopediawill be relevant before needing to be updated?

Virginia: The day after it's published, somebody will find something. Companies buying out other companies. This is something that goes on all the time now. And then new things being found. So, not just new history, but new things about old history.

Bill: I'm constantly on the alert for something new.

Q: Do you think the Encyclopedia of NorthCarolina completes the triumvirate of works you have produced thatexplain all facets of the state?

Bill: I envisioned theEncyclopedia as one new entry in a series. The Gazetteer, the Dictionaryof North Carolina Biography, and now a third one I hope will answerquestions that are neither geography nor other things I have tried tocover. To sum it all up, I did a history of North Carolina that is usedin the eighth grade and one for college. The one written for college isat the adult level. I hope with these three different sources we have itall covered, and they can leave me alone (laughs)! There's a perfectlygood book, you can look it up for yourself!

Q: What changes do you believe North Carolina will experience in the next 20 years?

Bill: I won't be here in 20 years,so that's no concern of mine (laughs). Well, it's one of the leadingstates for education and industry, and that's what the encyclopedia isall about.

Virginia: I would say, ifpossible—it's unbelievable, unthinkable—technology is going to be evenmore complicated for those of us who don't understand it (laughs).

Bill:  I can remember as a childwhenever an airplane passed over everyone running out to look.