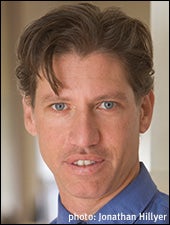 Elliott Young is professor of Latin American and borderlands history at Lewis & Clark College in Portland, Oregon. In 2003, he cofounded the Tepoztl%C3%A1n Institute for Transnational History of the Americas, and has attended every year since. Professor Young published two previous books on borderlands history: Catarino Garza's Revolution on the Texas-Mexico Border (Duke University Press, 2004) and Continental Crossroads (Duke University Press, 2004), a volume of essays by new scholars in the field. His book Alien Nation: Chinese Migration in the Americas from the Coolie Era to World War II (University of North Carolina Press, 2014) explores the transnational construction of the idea of the "illegal alien" in the Americas.