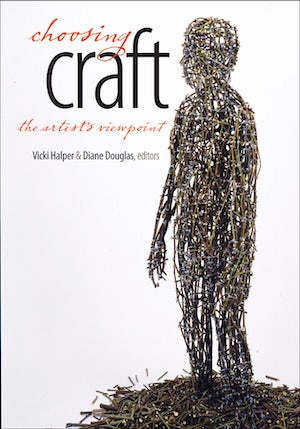 Choosing Craft explores the history and practice of American craft through the words of influential artists whose lives, work, and ideas have shaped the field. Editors Vicki Halper and Diane Douglas construct an anecdotal narrative that examines the post-World War II development of modern craft, which came of age alongside modernist painting and sculpture and was greatly influenced by them as well as by traditional and industrial practices.

The anthology is organized according to four activities that ground a professional life in craft--inspiration, training, economics, and philosophy. Halper and Douglas mined a wide variety of sources for their material, including artists' published writings, letters, journal entries, exhibition statements, lecture notes, and oral histories. The detailed record they amassed reveals craft's dynamic relationships with painting, sculpture, design, industry, folk and ethnic traditions, hobby craft, and political and social movements. Collectively, these reflections form a social history of craft.

Choosing Craft ultimately offers artists' writings and recollections as vital and vivid data that deserve widespread study as a primary resource for those interested in the American art form.

Vicki Halper is an independent curator and writer and former associate curator of modern art at Seattle Art Museum.
For more information about Vicki Halper, visit the Author Page.

Diane Douglas is executive director of Seattle CityClub and former director of the Bellevue Arts Museum.
For more information about Diane Douglas, visit the Author Page.

"A multifaceted record of the American craft movement from 1945 to the present day. . . . In addition to being a good read, the book is an important historical record. . . . The only thing I want from this intelligent collection is to have even more of it."--Crafts

"Explores a wealth of media. The book's most distinguishing feature is its emphasis on the commonalities and hardships faced by artists; from pursuing an art education to the challenges of business and marketing. . . . This insightful work offers inspiration for aspiring artists."--WNC

"A lively range of opinions. . . .With an index that reveals a fascinating matrix of arguments, milestones, and professional networks."-- Fiberarts

"Focuses on artists' experiences and opinions as a primary resource for craft scholarship. . . . [Contains] valuable and enjoyable conversations on craft."--American Craft

"Will interest a wide range of readers, from beginners to collectors to historians. An informal but informative overview, it will be useful as assigned or recommended reading for students in crafts classes."--Choice 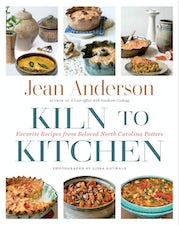