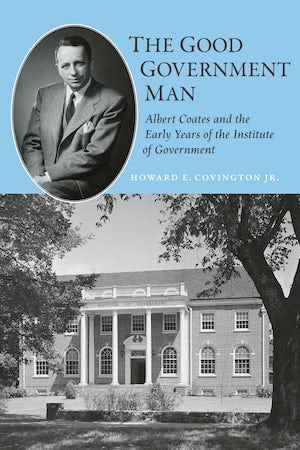 The Good Government Man captures the life of Albert Coates (1896-1989), the founder and first director of the Institute of Government at the University of North Carolina, and an exciting, transformative era in the history of UNC. Inspired by visionary President Edward Kidder Graham--whose death during the influenza pandemic of 1918 devastated the campus--Coates adopted as his life mission his hero's dream of the university in service to the state.

Covington's clear-eyed account presents Coates in all his guises. Passionate and persuasive on the stump, he tirelessly recruited anyone who would listen to his cause including state and university leaders who would prove essential to the ultimate success of the Institute. To admirers, he was a genius of striking originality. Like many with a strong sense of mission, he could also be exasperatingly insistent on getting his way in all matters, great or small. His story, however, is unarguably an important one, and the value of the institute he founded, the first program of its type in the nation, is inestimable.

Howard E. Covington Jr. of Greensboro, N.C., has been writing about North Carolina people and history for twenty-five years. His Favored by Fortune: George W. Watts and The Hills of Durham, was awarded the Ragan Old North State Award for Nonfiction.
For more information about Howard E. Covington Jr., visit the Author Page.

“Covington has proven to be a master biographical historian.”--North Carolina Historical Review

"Howard Covington Jr. has captured on these pages one of the great public spirits of our time. Albert Coates made government interesting and personal, and in its advocacy became one of the legendary figures in our history. None of his students will forget him; North Carolinians are most grateful to him. All of us remember his lovely Gladys who was his lifelong companion and a distinguished public servant herself. You will enjoy this story of an idea that grew in full flower to be of service to the people."

"This history of the fearlessly creative academic entrepreneur Albert Coates is also a bracing history of UNC itself and a richly-peopled saga of the state's 20th century public life. Great figures that stride through Coates's life include novelist Thomas Wolfe, U.S. senators Frank Graham and Sam Ervin Jr., N.C. Supreme Court Chief Justice Susie Sharp, FBI Director J. Edgar Hoover, and all North Carolina governors from Locke Craig to Terry Sanford. No less great a figure is Coates’s wife, Gladys, his lifelong love and partner. Throughout the sheer drama of it all, theirs is a path of real adventure and romance recounted with great skill by Howard Covington Jr."

--Michael R. Smith, dean of the School of Government, University of North Carolina 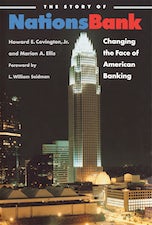 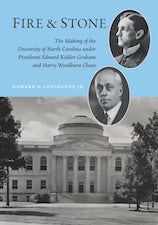