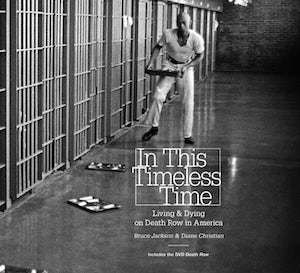 Also Available as an Enhanced Ebook

In this stark and powerful book, Bruce Jackson and Diane Christian explore life on Death Row in Texas and in other states, as well as the convoluted and arbitrary judicial processes that populate all Death Rows. They document the capriciousness of capital punishment and capture the day-to-day experiences of Death Row inmates in the official "nonperiod" between sentencing and execution.

In the first section, "Pictures," ninety-two photographs taken during their fieldwork for the book and documentary film Death Row illustrate life on cell block J in Ellis Unit of the Texas Department of Corrections. The second section, "Words," further reveals the world of Death Row prisoners and offers an unflinching commentary on the judicial system and the fates of the men they met on the Row. The third section, "Working," addresses profound moral and ethical issues the authors have encountered throughout their careers documenting the Row.

Included is a DVD of Jackson and Christian's 1979 documentary film, Death Row.

Bruce Jackson is James Agee Professor of American Culture and SUNY Distinguished Professor of English at the State University of New York at Buffalo. He is author of numerous books and films, including the book Pictures from a Drawer: Prison and the Art of Portraiture.
For more information about Bruce Jackson, visit the Author Page.

Diane Christian, a poet, scholar of religious literature, and recognized documentarian, is SUNY Distinguished Teaching Professor of English at the State University of New York at Buffalo. Jackson and Christian cowrote Death Row in addition to producing and directing the film of the same name.
For more information about Diane Christian, visit the Author Page.

"In this comprehensive, well-crafted book . . . Jackson and Christian build upon the photographs and interviews from death row in Texas that yielded their 1979 book and documentary Death Row (DVD included). Here, photos and text reveal inmate life, discuss capital punishment, and share the fate of each man: execution, a commuted sentence, parole, or after more than two decades, an innocent verdict. . . . [T]he book raises important questions about the judicial system and the practice of capital punishment in our society."--Publishers Weekly

"If opponents of the death penalty were to choose one book for their cause, this could well be it. . . . Jackson and Christian write in a direct, journalistic style, poignant and to the point. This book will appeal to those with a specific interest in criminal justice and the death penalty as well as curious casual readers."--Library Journal Starred Review

“All readers concerned about the U.S. prison system and capital punishment will benefit from this important work.”--ForeWord

“An unflinching commentary on the judicial system and the fates of the men they met on the Row. . . . They made a body of work no one else could.”--Prison Photography blog

"Jackson and Christian's book gives some of those men a face. Therein lays its beauty."--The Rag Blog 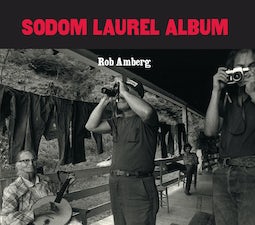