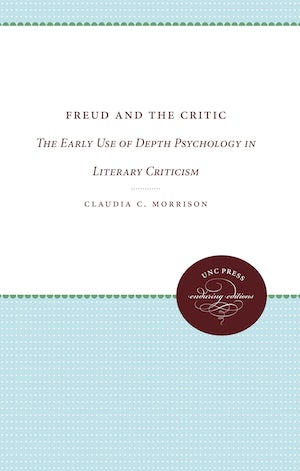 Morrison's investigation of American literature is thorough, and the extensiveness as well as the quality of the criticism influenced by early impressions of depth psychology is admirably documented. In the first half of the book, the author presents a history of the acceptance of Freudian ideas in America and of the theory and practice of early psychoanalytic criticism. In the second half, she centers attention on the first literary critics to utilize the psychoanalytic approach.