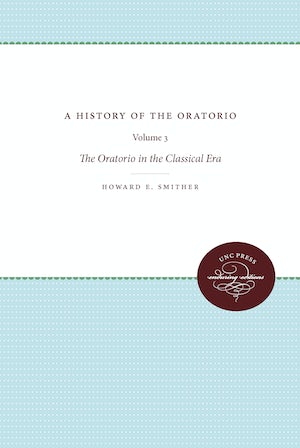 The Oratorio in the classical Era is the third volume of Howard Smither's monumental History of the Oratorio, continuing his synthesis and critical appraisal of the oratorio. His comprehensive study surpasses in scope and treatment all previous works on the subject. A fourth and final volume, on the oratorio in the nineteenth and twentieth centuries, is forthcoming.

In this volume Smither discusses the Italian oratorio from the 1720s to the early nineteenth century and oratorios from other parts of Europe from the 1750s to the nineteenth century. Drawing on works that represent various types, languages, and geographical areas, Smither treats the general characteristics of oratorio libretto and music and analyzes twenty-two oratorios from Italy, England, Germany, France, and Russia. He synthesizes the results of specialized studies and contributes new material based on firsthand study of eighteenth-century music manuscripts and printed librettos.

Emphasizing the large number of social contexts within which oratorios were heard, Smither discussed examples in Italy such as the Congregation of the Oratory, lay contrafraternities, and educational institutions. He examines oratorio performances in German courts, London theaters and English provincial festivals, and the Parisian Concert spirituel. Though the volume concentrates primarily on eighteenth-century oratorio from the early to the late Classical styles, Smither includes such transitional works as the oratorios of Jean-Francios le Seur in Paris and Stepan Anikievich Degtiarev in Moscow.

A History of the Oratorio is the first full-length history of the genre since Arnold Schering's 1911 study. In addition to synthesizing current thought about the oratorio, this volume contributes new information on relationships between oratorio librettos and contemporary literary and religious thought, and on the musical differences among oratorios from different geographical-cultural regions.

Howard E. Smither is James Gordon Hanes Professor of the Humanities in Music at the University of North Carolina at Chapel Hill.
For more information about Howard E. Smither, visit the Author Page. 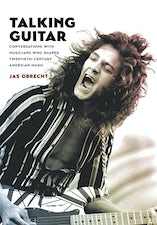