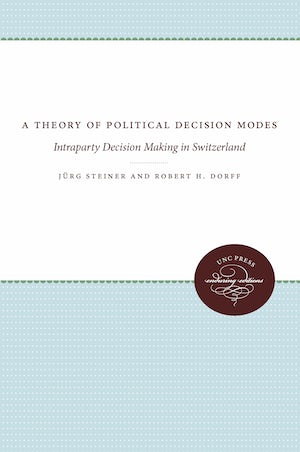 The authors present a new theory of decision-making that provides modes that can be used to describe such widely diverse political entities as the British cabinet, a Quaker meeting, or a village meeting in the Sudan. By studying the Free Democratic party in Switzerland, the authors produced four decision modes: decision by majority vote, decision by amicable agreement, non-decision, and the mode they develop and describe in the book--decision by interpretation.