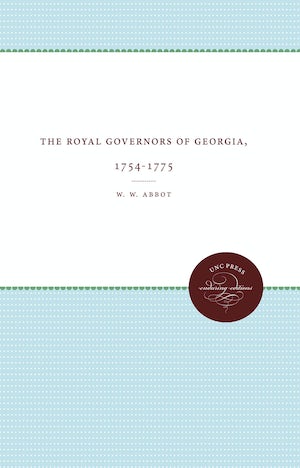 The political history of Georgia--the youngest and smallest of the thirteen colonies--condenses into a relatively short span much of the colonial history of America. Abbot's study of the colony of Georgia, from the time it came under the administration of the Crown in 1754 until the beginning of the American Revolution, tells the story of unprecedented expansion and growth against a backdrop of fast-developing crisis throughout the Empire.