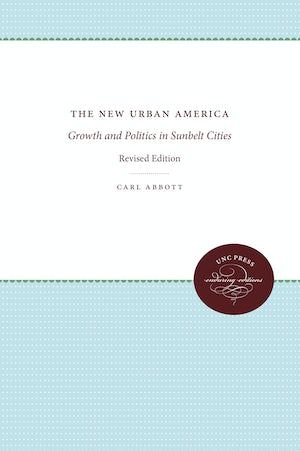 The first comprehensive and comparative analysis of urban growth in the American South and West defines the historical growth of the Sunbelt. Abbott examines the economic base of southern and western cities, the process of suburbanization, and the effects of rapid growth on metropolitan politics. He details the growing conflict between central city and suburban government in the Sunbelt through the 1950s, 1960s, and 1970s.