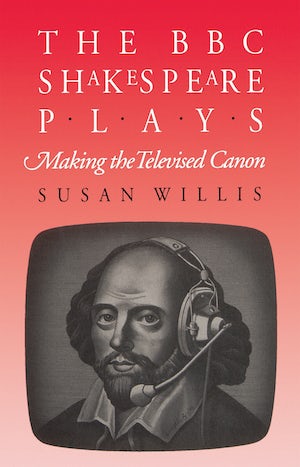 Between 1978 and 1985 the BBC televised the entire Shakespeare canon of thirty-seven plays, a remarkable technical and dramatic accomplishment. Susan Willis, an American scholar in Shakespeare studies and performance, observed the making of a number of these television plays. Here she presents not only a full-scale history and analysis of the BBC series but an unprecedented eyewitness account of the productions, from planning and rehearsal to taping and editing.

Willis shows how the technical elements of television distinguish these productions from stage and film, and she explains how differences in transmission, tastes, educational efforts, and critical responses made the productions a different experience on each side of the Atlantic. She assesses the diversity of styles used by such directors as Jonathan Miller, Elijah Moshinsky, and Jane Howell, for after the early filmic bias toward the productions, directors experimented with unit or stylized sets, Renaissance space and lighting effects, and varieties of scenic realism as methods of embodying Shakespeare's plays for television.

The BBC Shakespeare Plays will give readers an accurate sense of television production, take Shakespeare buffs behind the scenes, and serve as an interpretive guide for teachers, thousands of whom have found the BBC productions to be vital classroom adjuncts in teaching Shakespeare.

Susan Willis, associate professor of English at Auburn University at Montgomery, is also dramaturg for the Alabama Shakespeare Festival.
For more information about Susan Willis, visit the Author Page.

"An attractive resource for teachers and students of Shakespeare, as well as for general readers who, like millions of others, invited Shakespeare into their living rooms between 1978 and 1985. The fact is that the 37-play series, though unevenly received, has become canonical, and Susan Willis's research provides helpful and fascinating background."--Choice

"A solid overview of the BBC Shakespeare series with many insights along the way. The production diaries for Troilus and Errors make fascinating reading."--Alan Dessen, University of North Carolina at Chapel Hill 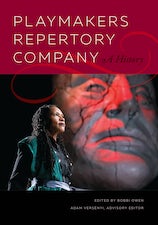