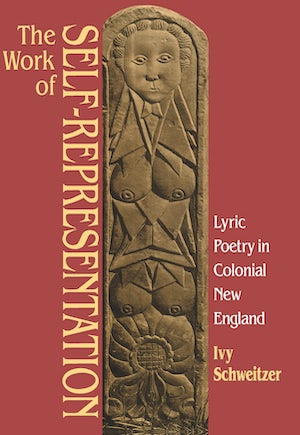 In The Work of Self-Representation Ivy Schweitzer examines early American poetry through the critical lens of gender. Her concern is not the inclusion of female writers into the canon; rather, she analyzes how the metaphors of "woman" and "feminine" function in Puritan religious and literary discourse to represent both the "otherness" of spiritual experience and the ways in which race and class function to keep the "other" in marginalized positions.

Schwetizer argues that gender was for seventeenth-century new England -- and still is today -- a basic and most politically charged metaphor for the differences that shape identity and determine cultural position. To glimpse the struggle between gender ideology and experience, Schweitzer provides close readings of the poetry of four New Englanders writing between the Great Migration and the first wave of the Great Awakening: John Fiske, Edward Taylor, Anne Bradstreet, and Roger Williams.

Schweitzer focuses exclusively on lyric poetry, she says, because a first-person speaker wrestling with the intricacies of individual consciousness provides fruitful ground for exploring the politics of voice and identity and especially problems of authority, intertextuality, and positionality. Fiske and Taylor define the orthodox tradition, and Bradstreet and Williams in different ways challenge it. Her treatment of the familiar poetry of Bradstreet and Taylor is solidly grounded in historical and literary scholarship yet suggestive of the new insights gained from a gender analysis, while discussions of Fiske and Williams bring their little-known lyric work to light.

Taken together, these poets' texts illustrate the cultural construction of a troubled masculinity and an idealized, effaced femininity implicit in the Puritan notion of redeemed subjectivity, and constitute a profoundly disturbing and resilient part of our Puritan legacy.

Ivy Schweitzer is professor of English at Dartmouth College.
For more information about Ivy Schweitzer, visit the Author Page.

"The brilliance of Schweitzer's book lies in the conversations among old and new critical voices."--William and Mary Quarterly

"A sophisticated treatment of self-representation in colonial American lyric poetry. Schweitzer's work is ground-breaking. Her command of the immense secondary literature on New England Puritanism is unquestionable, and her ability to marry such work to the best being done in gender studies has resulted in the best book on its subject in two decades. Schweitzer's book deserves wide reading among scholars interested in early American history and culture, in gender studies, and in cultural theory generally conceived."--Philip F. Gura, editor of Early American Literature

"Adds a new voice to the increasingly interesting theorizing of colonial American literature. Reading The Work of Self-Representation is like discovering America all over again."--Cathy N. Davidson, editor of American Literature