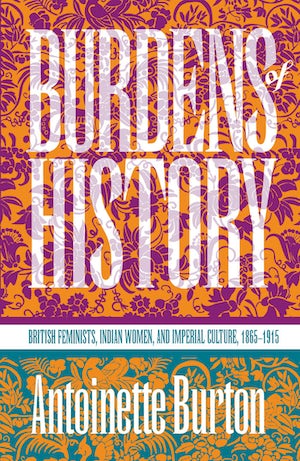 In this study of British middle-class feminism in the late nineteenth and early twentieth centuries, Antoinette Burton explores an important but neglected historical dimension of the relationship between feminism and imperialism. Demonstrating how feminists in the United Kingdom appropriated imperialistic ideology and rhetoric to justify their own right to equality, she reveals a variety of feminisms grounded in notions of moral and racial superiority. According to Burton, Victorian and Edwardian feminists such as Josephine Butler, Millicent Garrett Fawcett, and Mary Carpenter believed that the native women of colonial India constituted a special 'white woman's burden.' Although there were a number of prominent Indian women in Britain as well as in India working toward some of the same goals of equality, British feminists relied on images of an enslaved and primitive 'Oriental womanhood' in need of liberation at the hands of their emancipated British 'sisters.' Burton argues that this unquestioning acceptance of Britain's imperial status and of Anglo-Saxon racial superiority created a set of imperial feminist ideologies, the legacy of which must be recognized and understood by contemporary feminists.

"A provocative and interesting example of historical reconstruction."--Choice

"This is a serious contribution to feminist history and the history of feminism: both have much to learn from Burton's critical reading of this epoch."--Journal of Modern History

"Burton's scrupulous study of how Victorian feminism was shaped by British imperial culture between 1865 and 1915 has exceeded my hopes for this project. It provides an authoritative account that fills in a central blank spot in current understandings of the history of British feminism and British imperialism."--Nineteenth-Century Prose

"Burton is a skilled researcher whose breadth of scholarship is matched by a depth of sophistication that makes this an impressive work. . . . If the history of feminism is tarnished by Burton's sophisticatedly critical reading, it is also indubitably rendered more realistic, inviting a new and fruitful phase of historical inquiry."--Philippa Levine, University of Southern California

"A major reinterpretation of how nineteenth-century British feminists constructed Indian women as the white woman's burden to justify their claim to suffrage. Eliding the British nation and its empire, British women activists preached sisterhood but treated Indian women as a subordinate cultural Other with profound implications for contemporary feminisms."--Barbara N. Ramusack, University of Cincinnati

"The Burdens of History is a superb piece of historical writing and analysis, deeply researched and eloquently written. Burton uses the insights of feminist and post-colonial theory to examine the imperial location of late-Victorian and Edwardian feminism. Her study of women's suffrage, anti-regulation, and the women's press will force historians of the metropolis to reexamine our field, to make an imaginative break with the opposition of home and away that has constrained our interpretive vision."--Judith R. Walkowitz, The Johns Hopkins University 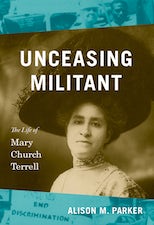