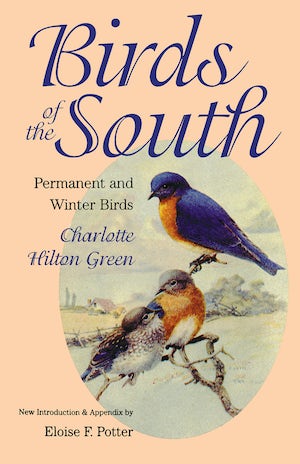 The late Charlotte Hilton Green was an early and influential champion of the Tar Heel state's natural environment, and her popular weekly column, 'Out-of-Doors in Carolina,' appeared in the Raleigh News and Observer for forty-two years (1932-74). A classic in the field of popular nature writing, Birds of the South was originally published by UNC Press in 1933, preceding by a year Roger Tory Peterson's landmark volume, A Field Guide to the Birds.

In this engaging collection of her early newspaper columns, Green details more than sixty varieties of birds common to southern gardens, fields, and woods. Quotations, poems, and anecdotes complement the descriptions of each species and help to make the book accessible even to novice nature lovers.

In a new introduction and appendix, Eloise Potter highlights Green's enduring contribution to nature study and brings the book's scientific information up to date.

Writer and naturalist Charlotte Hilton Green (1889-1992), a longtime resident of Raleigh, was author of the classic guide Trees of the South. Eloise F. Potter is director of publications at the North Carolina State Museum of Natural Sciences and coauthor of Birds of the Carolinas.
For more information about Charlotte Hilton Green, visit the Author Page.

"If you like birds you'll this book."--Wildlife in North Carolina

"Put a copy of this book on your night table, read a chapter each evening, and become acquainted with over 60 birds that fly in and out of our southern gardens. . . . A literary delight."--Florida Gardener 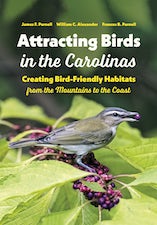 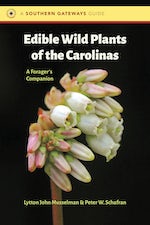