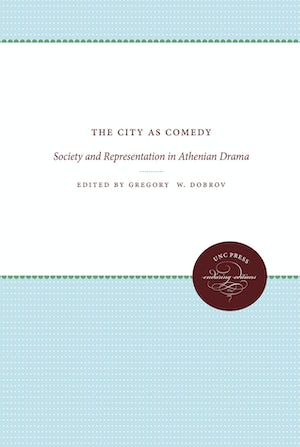 These thirteen essays combine classical scholars' interest in theatrical production with a growing interdisciplinary inquiry into the urban contexts of literary production. Taking as their departure point the annual comic competitions at the Athenian dramatic festivals, the contributors examine how the polis--as a place, a political entity, a specific social organization, and a set of ideological representations--was enacted on stage from the middle of the fifth century B.C. through the fourth.

Applying a variety of critical approaches to Athenian comedy, these essays are grouped around three broad categories: utopianism, fissures in the social fabric, and the new polis of fourth-century comedy. The contributors explore the sociopolitical and material contexts of the works discussed and trace the genre into the fourth century, when it underwent profound changes. Simultaneously a study of classical Greek literature and an analysis of cultural production, this collection reveals how for two centuries Athens itself was transformed, staged as comedy, and, ultimately, shaped by contemporary material, social, and ideological forces.

Gregory Dobrov is assistant professor at Loyola University Chicago. His books include Figures of Play and Beyond Aristophanes.
For more information about Gregory W. Dobrov, visit the Author Page.

"In this high aerial survey of Athenian comedy Dobrov's scholarly chorus wings us challengingly past the old polarities of political satire and unpolitical fantasy. The polis is always there, and always reimagined: a new comic creation with its own laws of being, yet rooted in historical realities, dilemmas, and paradoxes that seem, for all their otherness, oddly familiar. Fasten your seat belts securely before you start reading!"--Kenneth J. Reckford, author of Aristophanes' Old-and-New Comedy