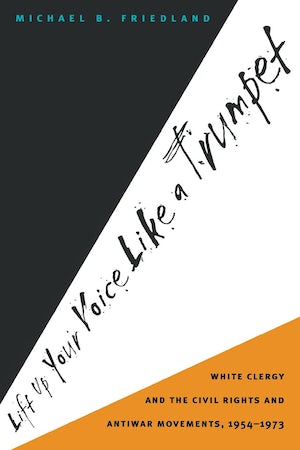 When the Supreme Court declared in 1954 that segregated public

schools were unconstitutional, the highest echelons of

workers expected and actively sought the cooperation of their

were outspoken in their defense of segregation, and even those

who supported integration were wary of risking their positions by

urging parishioners to act on their avowed religious beliefs in a

common humanity. Those who did so found themselves abandoned by friends, attacked by white supremacists, and often driven from

southern and nationally known white religious leaders who did

step forward to join the major social protest movements of the

mid-twentieth century, lending their support first to the civil

rights movement and later to protests over American involvement

in Vietnam. Profiling such activists as William Sloane Coffin

Carson Blake, Robert McAfee Brown, and Will D. Campbell, he

reveals the passions and commitment behind their involvement in these protests and places their actions in the context of a burgeoning ecumenical movement.

Michael B. Friedland, who received his Ph.D. in history from Boston College, has worked for education reform with the National Faculty, been a Fulbright Scholar in China, and is now a high school history teacher at Seattle Urban Academy.
For more information about Michael B. Friedland, visit the Author Page.

"[An] ambitious synthesis, written with grace."--Journal of Southern History

"Students in political science, American studies and, especially, religious studies will be soundly rewarded in reading this book."--Choice

"The essence of a redeeming era in America's civil and religious history--when white clergy and laity came tardily to the black-led struggle for freedom, and for a brief period provided mainline churches and synagogues a new opportunity for renewal and prophetic witness."--The Rev. John B. Morris, founding director, Episcopal Society for Cultural and Racial Unity

"Lift Up Your Voice Like a Trumpet documents in a clean, readable style replete with fascinating anecdotes a critical decade of history. In these days of debate about multiculturalism and retrenchment on Civil Rights, it is reassuring to read of the vigorous and often courageous work of 'black and white together' in the accounts of this fine, carefully researched book."--The Right Reverend Paul Moore Jr.

"Michael Friedland gives credit to those who tried to be faithful in troubled times without heaping judgmental scorn on those who turned away. A fair assessment of both groups and an important contribution to the story of America's continuing shame."--Will D. Campbell, author of Brother to a Dragonfly 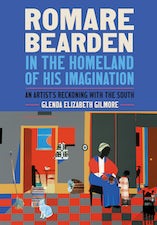