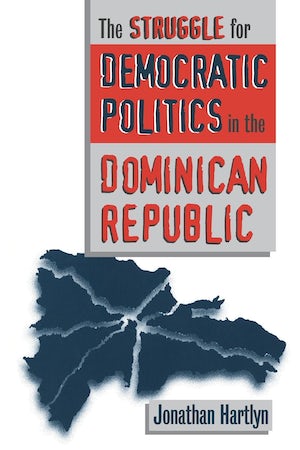 Over the past several decades, the Dominican Republic has

offers a new explanation for the country's political evolution,

based on a broad comparative perspective.

legacies from the Spanish colonial era and structural

explanations excessively centered on the lack of national

autonomy. Instead, he highlights the independent impact of

while also considering changes in Dominican society and the

influence of the United States and other international forces.

In particular, Hartlyn examines how the Dominican Republic's

neopatrimonialism, a form of rule that found extreme expression

in the brutal dictator Rafael Trujillo and has continued to shape

politics down to the present. By examining economic policymaking

opportunity for democracy during the rule of the Dominican

Revolutionary Party and the democratic tensions of the

Jonathan Hartlyn is professor of political science at the University of North Carolina at Chapel Hill. He has been a member of several international election observation teams invited to the Dominican Republic, including those led by former president Jimmy Carter in 1990 and 1996.
For more information about Jonathan Hartlyn, visit the Author Page.

"Fascinating reading for anyone interested in Latin American political development in the late twentieth century."--European Review of Latin American and Caribbean Studies

"An exhaustive record of recent Dominican politics, characterized by incisive analyses and direct prose."--Journal of International Studies and World Affairs

"Informative and theoretically rich . . . the book is well written and welcome for the way in which it deals with the complex nature of Dominican political history, and will provide a useful tool in understanding both Dominican politics and the importance that political-institutional factors have on regime transitions."--E.I.A.L.

"A colorful and insightful portrait of Dominican politics."--Choice

"This is a well-written, informative, and theoretically sound book that will become an indispensable source for anyone interested in understanding Dominican politics. It is a compelling account of the obstacles and opportunities for democratic consolidation in the post-Trujillo period."--Rosario Espinal, Temple University 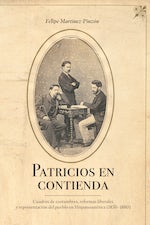