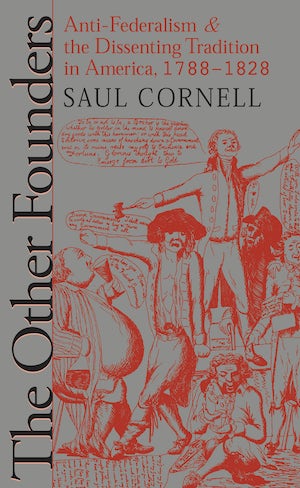 2001 Society of the Cincinnati Prize

Fear of centralized authority is deeply rooted in American history. The struggle over the U.S. Constitution in 1788 pitted the Federalists, supporters of a stronger central government, against the Anti-Federalists, the champions of a more localist vision of politics. But, argues Saul Cornell, while the Federalists may have won the battle over ratification, it is the ideas of the Anti-Federalists that continue to define the soul of American politics.

While no Anti-Federalist party emerged after ratification, Anti-Federalism continued to help define the limits of legitimate dissent within the American constitutional tradition for decades. Anti-Federalist ideas also exerted an important influence on Jeffersonianism and Jacksonianism. Exploring the full range of Anti-Federalist thought, Cornell illustrates its continuing relevance in the politics of the early Republic.

A new look at the Anti-Federalists is particularly timely given the recent revival of interest in this once neglected group, notes Cornell. Now widely reprinted, Anti-Federalist writings are increasingly quoted by legal scholars and cited in Supreme Court decisions--clear proof that their authors are now counted among the ranks of America's founders.

Saul Cornell is associate professor of history at Ohio State University in Columbus.
For more information about Saul Cornell, visit the Author Page.

"An extremely well-researched and well-written work."--Journal of American Studies

"Most novel and important in Cornell's book is what it shows about the Anti-Federalist contribution to the mainstream of American political thought and practice. . . . The work [Cornell] has done . . . is extraordinary and exhausting. All historians of the early republic are in his debt, and they will henceforth turn to The Other Founders as the essential starting point for work on the specific ideas of those who opposed the federal Constitution."--Journal of Southern History

"This book is profound, persuasive, and a much-needed taxonomy of Anti-Federalism. . . . The Other Founders notably succeeds in clarifying the importance of dissenting texts in American political culture. This highly readable, comprehensive, and original work deserves to be placed alongside The Federalist Papers on Americans' bookshelves."--Historian

"Cornell offers an important reminder that published texts and formal legal treaties are not the only ways to recover constitutional ideals. . . . Cornell also heightens our understanding of Anti-Federalism by placing it in social and intellectual context."--Law and History Review

"The Other Founders provides a rich guide through the complexities of the original anti-federalist coalition and clearly establishes the foundations and the limits of legitimate dissent in American politics."--The Historian

"With his insistence on the salience of the problem of the public sphere as a defining issue for antifederalism, Cornell provides us with crucial insights into a particular discursive tradition, a set of political events, and the evolution of democratic politics and culture in the early United States."--American Quarterly 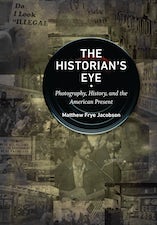