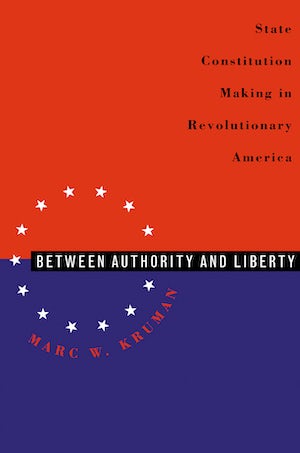 To purchase online via an independent bookstore, visit Bookshop.org
In a major reinterpretation of American political thought in the revolutionary era, Marc Kruman explores the process of constitution making in each of the thirteen original states and shows that the framers created a distinctively American science of politics well before the end of the Confederation era. Suspicious of all government power, state constitution makers greatly feared arbitrary power and mistrusted legislators' ability to represent the people's interests. For these reasons, they broadened the suffrage and introduced frequent elections as a check against legislative self-interest. This analysis challenges Gordon Wood's now-classic argument that, at the beginning of the Revolution, the founders placed great faith in legislators as representatives of the people. According to Kruman, revolutionaries entrusted state constitution making only to members of temporary provincial congresses or constitutional conventions whose task it was to restrict legislative power. At the same time, Americans maintained a belief in the existence of a public good that legislators and magistrates, when properly curbed by one another and by a politically active citizenry, might pursue.

Marc W. Kruman, professor and chair of history at Wayne State University, is author of Parties and Politics in North Carolina, 1836-1865.
For more information about Marc W. Kruman, visit the Author Page.

"In this thoughtful book Kruman argues effectively that American constitutionalism’s characteristic commitment to individual rights, broad suffrage, equal representation, separation of powers, and mixed government was clearly pronounced in the state constitutions created over a decade earlier at the time independence was first being declared. Consequently, Kruman’s work deserves the serious attention of anyone examining the origins and development of the American constitutional republic."--Law and History Review

"Demonstrates that more of the inventing of America may have taken place amid the first state constitution debates than many previously might have supposed. . . . A classic work!"--Journal of American History

"A valuable contribution to a rich literature on the creation of state constitutions in the revolutionary era."--Pennsylvania Magazine of History and Biography

"Important reading for anyone interested in the basic political ideas of the founders."--North Carolina Historical Review

"Kruman's study is replete with insights about the subtleties of state constitution-making in 1776-77. Though this book does not replace Wood's, it is worthy to stand beside it."--Journal of the Early Republic

"Through a subtle and nuanced reading of the state constitutions, Kruman restores a much-needed perspective to our understanding of revolutionary politics."--Journal of Southern History