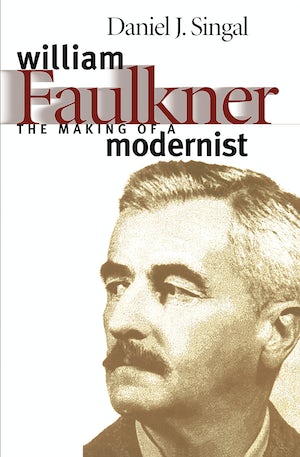 Faulkner on the Web

Amid all that has been published about William Faulkner, one subject--the nature of his thought--remains largely unexplored. But, as Daniel Singal's new intellectual biography reveals, we can learn much about Faulkner's art by relating it to the cultural and intellectual discourse of his era, and much about that era by coming to terms with his art. Through detailed analyses of individual texts, from the earliest poetry through Go Down, Moses, Singal traces Faulkner's attempt to liberate himself from the repressive Victorian culture in which he was raised by embracing the Modernist culture of the artistic avant-garde. To accommodate the conflicting demands of these two cultures, Singal shows, Faulkner created a complex and fluid structure of selfhood based on a set of dual identities--one, that of a Modernist author writing on the most daring and subversive issues of his day, and the other, that of a southern country gentleman loyal to the conservative mores of his community. Indeed, it is in the clash between these two selves, Singal argues, that one finds the key to making sense of Faulkner.

Daniel J. Singal, author of The War Within: From Victorian to Modernist Thought in the South, is professor of history at Hobart and William Smith Colleges.
For more information about Daniel Joseph Singal, visit the Author Page.

"A work of literary criticism that is so compact, sensible, and reassuring."--American Literature

"One of the most engaging one-volume studies of Faulkner to have appeared."--American Historical Review

"(Singal’s) work is a significant step forward in Faulkner criticism because of its clarity and good sense."Georgia Historical Quarterly

"Singal’s brilliant analyses work because his theoretical approach only heightens his reading of the individual novels. Instead of standing in the way, his understanding of the cultural forces that competed within Faulkner help to unlock the novels."--Magill’s Literary Annual

"This excellent book . . . convincingly demonstrates [that] Faulkner’s best writing conveyed such a powerful sense of tension and complexity precisely because, even as a Modernist literary giant, he never abandoned 'the self he had evolved to live in the world of rural Mississippi.'"--Journal of Southern History

"[Singal's] explications are both seamlessly written and stingingly original. It is abundantly clear that he has devoted a lifetime to thinking about Faulkner's work, and the study he has produced can lay claim to being one of the most engaging one-volume studies of Faulkner to have appeared."--American Historical Review