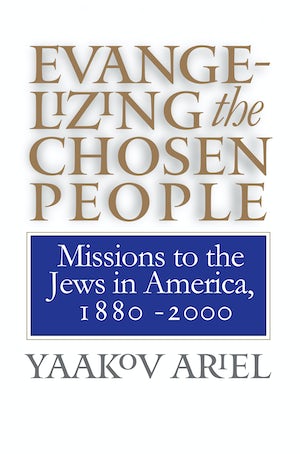 With this book, Yaakov Ariel offers the first comprehensive history of Protestant evangelization of Jews in America to the present day. Based on unprecedented research in missionary archives as well as Jewish writings, the book analyzes the theology and activities of both the missions and the converts and describes the reactions of the Jewish community, which in turn helped to shape the evangelical activity directed toward it.

Ariel delineates three successive waves of evangelism, the first directed toward poor Jewish immigrants, the second toward American-born Jews trying to assimilate, and the third toward Jewish baby boomers influenced by the counterculture of the Vietnam War era. After World War II, the missionary impulse became almost exclusively the realm of conservative evangelicals, as the more liberal segments of American Christianity took the path of interfaith dialogue.

As Ariel shows, these missionary efforts have profoundly influenced Christian-Jewish relations. Jews have seen the missionary movement as a continuation of attempts to delegitimize Judaism and to do away with Jews through assimilation or annihilation. But to conservative evangelical Christians, who support the State of Israel, evangelizing Jews is a manifestation of goodwill toward them.

Yaakov Ariel is assistant professor of religious studies at the University of North Carolina at Chapel Hill and author of On Behalf of Israel: American Fundamentalist Attitudes towards Jews, Judaism, and Zionism, 1865-1945.
For more information about Yaakov Ariel, visit the Author Page.

"Although Mr. Ariel's book is not a polemic, it constitutes, in effect, a stinging indictment of American Jewish life. It is impossible to read it without concluding that Christian evangelization has thrived because the American Jewish community has failed to meet the needs, material and spiritual, of its young."--Todd M. Endelman, Forward

"Going where no scholar has gone before, Ariel recounts the history of Protestant missions to the Jews in the United States. . . . [He] tells this fascinating story well, and fairly."--Journal of American History

"[A] fabulously knowledgeable account of 120 years of attempts by American Protestants to convert the Jews. . . . Meticulous, fair-minded scholarship."--Cross Currents

"Ariel's evenhanded treatment, his extensive writing in the field, and his excellent use of sources make this a must for college and seminary libraries."--Religious Studies Review

"A ground-breaking account of American Christians' missions to the Jews from the late nineteenth century to the present. . . . [Ariel] is a scholar with a rare understanding of both Judaism and Christianity, a deep knowledge of American religious history, and a judicious respect for the people about whom he writes. Jews and Christians alike will find Ariel's new offering informative and challenging. . . . Ariel has produced an indispensable book. . . . Especially noteworthy is Ariel's extensive and evenhanded treatment of Messianic Judaism."--Books & Culture

"Shows for the first time the full extent of the rich history of Protestant missionary efforts directed toward the Jews in America. . . . A model of scholarship. . . . This broad survey of the Christian-Jewish relationship exposes an important and generally unknown terrain in American religious history. . . . With this impressive book, Professor Ariel has established himself as a leading scholar of the Christian-Jewish relationship in America. . . . The valuable insights provided by this study will enhance understanding of the important role of religion in American history." --American Jewish Archives Journal 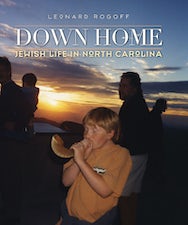