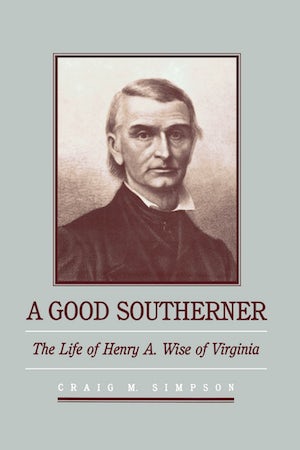 Wise (1806-76) was extremely active on the Virginia and national political scene from the early 1830s to the mid-1860s, drawing popular support because of his projection of hopefulness and energy. Regarded as eccentric, Wise is given, in this study, an interpretation that finds consistency in his life-long controversial and impulsive behavior. Simpson stresses Wise's ambivalent attitude toward slaves and slave-holding, authority and authority figures, and Virginia and the United States.