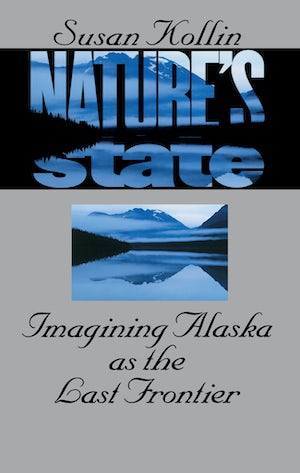 An engaging blend of environmental theory and literary studies, Nature's State looks behind the myth of Alaska as America's "last frontier," a pristine and wild place on the fringes of our geographical imagination. Susan Kollin traces how this seemingly marginal space in American culture has in fact functioned to alleviate larger social anxieties about nature, ethnicity, and national identity.

Kollin pays special attention to the ways in which concerns for the environment not only shaped understandings of Alaska, but also aided U.S. nation-building projects in the Far North from the late nineteenth century to the present era. Beginning in 1867, the year the United States purchased Alaska, a variety of literary and cultural texts helped position the region as a crucial staging ground for territorial struggles between native peoples, Russians, Canadians, and Americans. In showing how Alaska has functioned as a contested geography in the nation's spatial imagination, Kollin addresses writings by a wide range of figures, including early naturalists John Muir and Robert Marshall, contemporary nature writers Margaret Murie, John McPhee, and Barry Lopez, adventure writers Jack London and Jon Krakauer, and native authors Nora Dauenhauer, Robert Davis, and Mary TallMountain.

Susan Kollin is associate professor of English at Montana State University in Bozeman.
For more information about Susan Kollin, visit the Author Page.

"A thoroughly researched and well-argued book on the role that Alaska has played in the national psyche. . . . Highly recommended for those wishing to build an understanding of the way Alaska and the concept of wilderness have influenced the American concept of self."--Choice

"Kollin's well-organized study uses a wide array of literary and historical sources to explore the ways that Alaska was transformed from Seward's Folly into a 'fetishized' pristine nature that functions as an environmental safety valve for modern Americans. . . . An insightful and well-written book that raises important questions about environmentalism and national identity that transcend Alaska."--Journal of American History

"Lively and well-written. . . . A welcome addition to the field of cultural studies, and overall an engaging and informative read."--Environmental History

"Kollin's book shows how Alaska has been constituted as a natural object, leaving no doubt that the 'natural wonder' of Alaska is a deeply cultural phenomenon. Her analysis is careful and prudent, but it's also lively and persuasive. Nature's State should enter the genre as a leading example of cultural inquiry into natural contexts."--Bill Chaloupka, University of Montana, Missoula

"Based on scholarship in a wide variety of fields, from postcolonial studies to the environmental justice movement, attentive to the concerns of Native writers, Nature’s State is an eminently readable book. Kollin is particularly insightful in exploring both connections and disjunctions between the imaginary and the historical as she analyzes how popular imagery associated with Alaska generates larger meanings about the relationship between the myths of national identity formation and the ‘reality’ of how the United States has ‘developed’ its natural resources. With its focus on the rhetoric of nature advocacy and justifications for ‘multiple uses’ and its analysis of the formation of environmental policy, Nature’s State is a particularly timely book as government officials push increased oil drilling in designated wilderness areas."--Melody Graulich, editor, Western American Literature