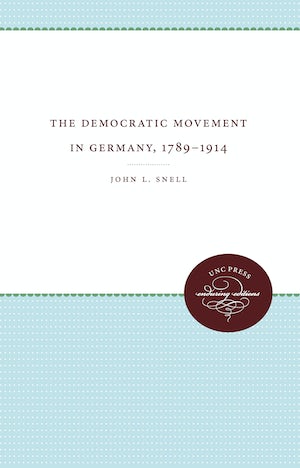 This study treats the intellectual and political history of the various democratic movements in the major German states during the nineteenth century. Snell describes the origins of the democratic impulse, traces the gradual alienation of German democracy from German liberalism, and concludes with an extensive analysis of political and social institutions of the German empire as promoters or deterrents of democracy. This book is the first to focus on the history of ideas and politics during this period.