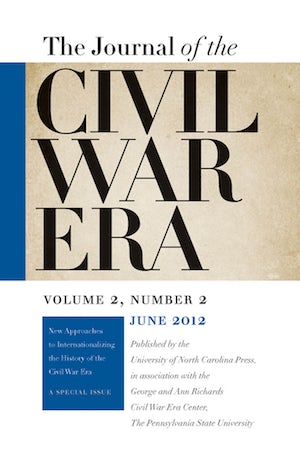 New Approaches to Internationalizing the History of the Civil War Era: A Special Issue

New Approaches to Internationalizing the History of the Civil War: An Introduction

Manliness and Manifest Racial Destiny: Jamaica and African American Emigration in the 1850s

Slave Rebels and Abolitionists: The Black Atlantic and the Coming of the Civil War

Comparative Perspectives on Emancipation in the U.S. South: Reconstruction, Radicalism, and Russia

The Lost Boys: Citizen-Soldiers, Disabled Veterans, and Confederate Nationalism in the Age of People’s War

The Journal of the Civil War Era takes advantage of the flowering of research on the many issues raised by the sectional crisis, war, Reconstruction, and memory of the conflict, while bringing fresh understanding to the struggles that defined the period, and by extension, the course of American history in the nineteenth century.

William Blair is professor of U.S. history and director of the George and Ann Richards Civil War Era Center at the Pennsylvania State University. He is author of Cities of the Dead: Contesting the Memory of the Civil War in the South (UNC Press).
For more information about William A. Blair, visit the Author Page. 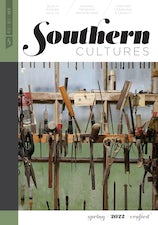