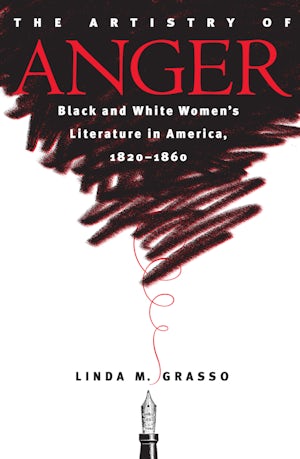 In this compelling interdisciplinary study, Linda Grasso demonstrates that using anger as a mode of analysis and the basis of an aesthetic transforms our understanding of American women's literary history. Exploring how black and white nineteenth-century women writers defined, expressed, and dramatized anger, Grasso reconceptualizes antebellum women's writing and illuminates an unrecognized tradition of discontent in American literature. She maintains that two equally powerful forces shaped this tradition: women's anger at their exclusion from the democratic promise of America, and the cultural prohibition against its public articulation.

Grasso challenges the common notion that nineteenth-century women's writing is confined to domestic themes and shows instead how women channeled their anger into art that addresses complex political issues such as slavery, nation-building, gender arrangements, and race relations. Cutting across racial and genre boundaries, she considers works by Lydia Maria Child, Maria W. Stewart, Fanny Fern, and Harriet Wilson as superb examples of the artistry of angry expression. Transforming their anger through literary imagination, these writers bequeathed their vision of an alternative America both to their contemporaries and to subsequent generations.

"Grasso writes beautifully, with clarity and grace. Her argument that anger operates as a driving force in the work of both white and black women writers provides an astonishingly simple, accurate, and useful paradigm for readers and scholars trying to understand the pre-Civil War period in American women's writing. Her deeply thoughtful, historically grounded, central idea--along with her penetrating applications of that idea to the work of Child, Stewart, Fern, and Wilson--make this a study that will be widely read and relied upon."--Elizabeth Ammons, Tufts University