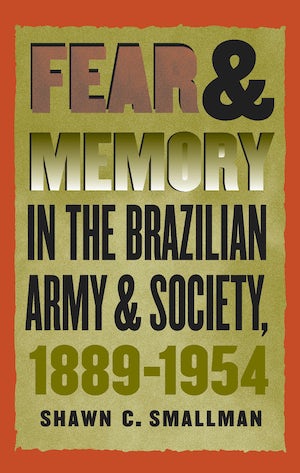 For more than half a century, the Brazilian army used fear and censorship to erase aspects of its history from public memory and to create its own political myths. Although the military had remarkable success in promoting its version of events, recent democratization has allowed scholars access to new materials with which to challenge the "official story." Drawing on oral histories, secret police documents, memoirs of dissident officers, army records, and other sources only recently made available, Shawn Smallman crafts a compelling, revisionist interpretation of Brazil's political history from 1889 to 1954.

Smallman examines the topics the Brazilian military wished to obscure--racial politics and terror campaigns, institutional corruption and civil-military alliances, political torture and personal rivalries--to understand the army's growing involvement in civilian affairs. Among the myths he confronts are the military's idealized rendition of its racial policies and its portrayal of itself as above the corruption associated with politicians. His account not only illuminates the origins of the military government's repressive and often brutal actions during the 1960s and 1970s but also carries implications for contemporary Brazil, as the armed forces debate their role in a democratic country.

"A significant contribution to the historical literature on the military and society in Latin America."--American Historical Review

"A clearly written and useful narrative history of military factionalism in twentieth-century Brazil that makes a useful contribution to the study of the Brazilian military and its role in national politics."--Hispanic American Historical Review

"A detailed, sober analysis of just how a high command can seek to conceal the way it operates when officers have political as well as institutional goals. It goes far deeper than other studies of the topic, providing readers with a model for future single-country studies. . . . Fear and Memory in the Brazilian Army and Society, 1889-1954 is more than just a milestone in the study of civil-military relations, it is an important contribution to the study of military-civilian relations."--Latin American Research Review

"A fluidly written and intriguing revisionist take on many of the better, and some lesser, known events of a long, formative stretch of the evolution of modern Brazil. . . . An admirably ambitious interpretation of the military in modern Brazilian politics, one that goes beyond assumptions about the armed forces as a monolithic institution."--Journal of Military History

"An important contribution on intra-military factionalism over a long time span. It helps to understand the manifold and complex interaction between elite politics, civil society, and the military institution: and, what is even more interesting, the reader gets a good sense on the workings of power relations within a closed institution such as the Brazilian military."--Iberoamericana

"Fear and Memory in the Brazilian Army and Society treats an important topic in an interesting and novel way. Bringing to bear insights from new non-governmental sources, it represents a much needed counterpoint to the official history."--Wendy Hunter, University of Texas at Austin 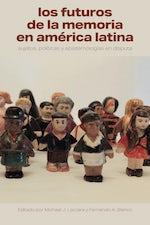