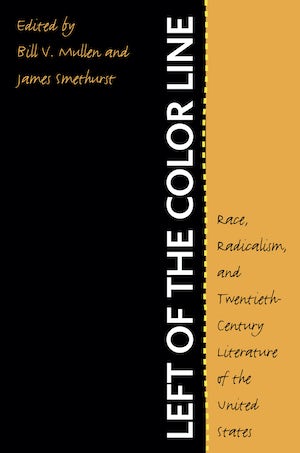 This collection of fifteen new essays explores the impact of the organized Left and Leftist theory on American literature and culture from the 1920s to the present. In particular, the contributors explore the participation of writers and intellectuals on the Left in the development of African American, Chicano/Chicana, and Asian American literature and culture. By placing the Left at the center of their examination, the authors reposition the interpretive framework of American cultural studies.

Tracing the development of the Left over the course of the last century, the essays connect the Old Left of the pre-World War II era to the New Left and Third World nationalist Left of the 1960s and 1970s, as well as to the multicultural Left that has emerged since the 1970s. Individual essays explore the Left in relation to the work of such key figures as Ralph Ellison, T. S. Eliot, Chester Himes, Harry Belafonte, Américo Paredes, and Alice Childress. The collection also reconsiders the role of the Left in such critical cultural and historical moments as the Harlem Renaissance, the Cold War, and the Black Arts Movement of the 1960s and 1970s.

Bill V. Mullen is professor of English and co-coordinator of American studies at the University of Texas at San Antonio. He is author of Popular Fronts: Chicago and African American Cultural Politics, 1935-1946.
For more information about Bill V. Mullen, visit the Author Page.

James Smethurst is assistant professor in the W. E. B. Du Bois Department of Afro-American Studies at the University of Massachusetts-Amherst. He is author of The New Red Negro: The Literary Left and African-American Poetry, 1930-1946.
For more information about James Smethurst, visit the Author Page.

"Certain to become a cornerstone in scholarship on the left tradition in American culture. . . . A unique collection bringing together the various Marxisms of he African American, Latino, and Asian American communities, and should be read by academic and non-academic Marxists alike."--Political Affairs

"Reveals a complex portrait of the meaning of the Left and the place of people of color in the history of U.S. culture and politics."--Virginia Quarterly Review

"This collection exerts real revisionary force on our understanding of twentieth-century American literature and culture by putting the Left at the center, helping us to see old texts anew and to find in them strategies useful for contemporary political struggles. Just as importantly, it embodies in miniature the contentious but coherent chorus of scholarly interest in the rich literature of the American Left."--Michael Thurston, Smith College