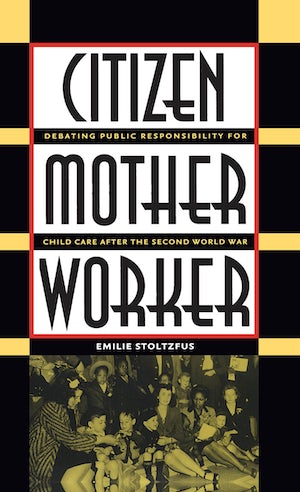 During World War II, American women entered the workforce in unprecedented numbers, and many of them relied on federally funded child care programs. At the end of the war, working mothers vigorously protested the termination of child care subsidies. In Citizen, Mother, Worker, Emilie Stoltzfus traces grassroots activism and national and local policy debates concerning public funding of children's day care in the two decades after the end of World War II.

Using events in Cleveland, Ohio; Washington, D.C.; and the state of California, Stoltzfus identifies a prevailing belief among postwar policymakers that women could best serve the nation as homemakers. Although federal funding was briefly extended after the end of the war, grassroots campaigns for subsidized day care in Cleveland and Washington met with only limited success. In California, however, mothers asserted their importance to the state's economy as "productive citizens" and won a permanent, state-funded child care program. In addition, by the 1960s, federal child care funding gained new life as an alternative to cash aid for poor single mothers.

These debates about the public's stake in what many viewed as a private matter help illuminate America's changing social, political, and fiscal priorities, as well as the meaning of female citizenship in the postwar period.

Emilie Stoltzfus is an analyst in social legislation at the Congressional Research Service of the Library of Congress.


For more information about Emilie Stoltzfus, visit the Author Page.

"Represents a useful addition to our historical assessment of women's resistance to an inflexible and unrealistic ideological prescription to stay home. . . . A solid reminder of the difficulties that women face in attempting to reconcile their commitment to the family with their economic need and social right to work."--American Historical Review

"By uncovering alternative discourses about motherhood and work and recovering the mobilization by women for child care after Rosie left riveting, Stoltzfus shows the early postwar years to be a far more contested period than generally remembered. Here is a sophisticated analysis that links women's citizenship not only to gender ideology but also to political culture and grassroots mobilization and fully accounts for race, class, and location."--Eileen Boris, University of California, Santa Barbara 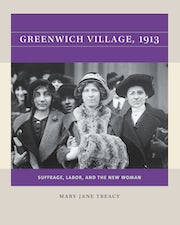