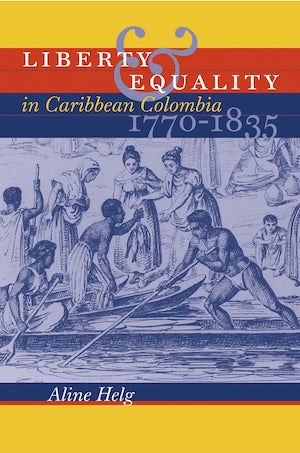 After Brazil and the United States, Colombia has the third-largest population of African-descended peoples in the Western hemisphere. Yet the country is commonly viewed as a nation of Andeans, whites, and mestizos (peoples of mixed Spanish and indigenous Indian ancestry). Aline Helg examines the historical roots of Colombia's treatment and neglect of its Afro-Caribbean identity within the comparative perspective of the Americas. Concentrating on the Caribbean region, she explores the role of free and enslaved peoples of full and mixed African ancestry, elite whites, and Indians in the late colonial period and in the processes of independence and early nation building.

Why did race not become an organizational category in Caribbean Colombia as it did in several other societies with significant African-descended populations? Helg argues that divisions within the lower and upper classes, silence on the issue of race, and Afro-Colombians' preference for individual, local, and transient forms of resistance resulted in particular spheres of popular autonomy but prevented the development of an Afro-Caribbean identity in the region and a cohesive challenge to Andean Colombia.

Considering cities such as Cartagena and Santa Marta, the rural communities along the Magdalena River, and the vast uncontrolled frontiers, Helg illuminates an understudied Latin American region and reintegrates Colombia into the history of the Caribbean.

Aline Helg is professor of history at the University of Geneva in Switzerland. She is author of the award-winning Our Rightful Share: The Afro-Cuban Struggle for Equality, 1886-1912.
For more information about Aline Helg, visit the Author Page.

"An impressive study. . . . It is of interest to anyone concerned with Colombian history, Caribbean history, or the history of racial difference and political struggle in the Americas. Highly recommended."--Choice

"Helg has produced a fine work of Atlantic history. This well-researched book provides a wealth of information on one of the region's least known areas. . . . It deserves a wide readership."--Colonial Latin American Historical Review

"This work, based on a truly impressive array of archival materials and often obscure printed sources, is significant not only for its coverage of a major but understudied region of a likewise major if understudied Latin American country, but also for the contribution that it makes to the larger field of Afro-Latin American studies. It delves into historical examples of popular culture and popular resistance, and it has the further potential to illuminate important questions in Colombian history as a whole, including the origins of national sentiment or the lack of it."--David Bushnell, author of The Making of Modern Colombia: A Nation in Spite of Itself 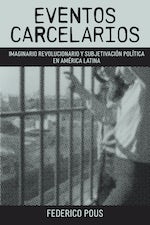