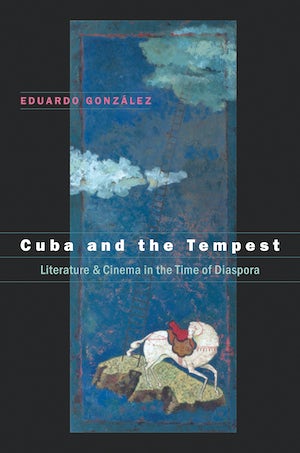 In a unique analysis of Cuban literature inside and outside the country's borders, Eduardo González looks closely at the work of three of the most important contemporary Cuban authors to write in the post-1959 diaspora: Guillermo Cabrera Infante (1929-2005), who left Cuba for good in 1965 and established himself in London; Antonio Benítez-Rojo (1931-2005), who settled in the United States; and Leonardo Padura Fuentes (b. 1955), who still lives and writes in Cuba.

Through the positive experiences of exile and wandering that appear in their work, these three writers exhibit what González calls "Romantic authorship," a deep connection to the Romantic spirit of irony and complex sublimity crafted in literature by Lord Byron, Thomas De Quincey, and Samuel Taylor Coleridge. In González's view, a writer becomes a belated Romantic by dint of exile adopted creatively with comic or tragic irony. González weaves into his analysis related cinematic elements of myth, folktale, and the grotesque that appear in the work of filmmakers such as Alfred Hitchcock and Pedro Almodóvar. Placing the three Cuban writers in conversation with artists and thinkers from British and American literature, anthropology, philosophy, psychoanalysis, and cinema, González ultimately provides a space in which Cuba and its literature, inside and outside its borders, are deprovincialized.

Eduardo González teaches literature and cinema at The Johns Hopkins University. He is author of three other books, including The Monstered Self: Narratives of Death and Performance in Latin American Fiction.
For more information about Eduardo González, visit the Author Page.

"This is undoubtedly a major work by a major critic whose talents are unbounded and whose voice is allowed to roam freely across temporal, geographic and intellectual boundaries to places where analysis of Cuban literature has rarely ventured. It is thus a very important book and one that starts to fill a large chasm in Cuban literary studies."--Caribbean Studies

"Cuba and the Tempest is a major work of scholarship and reflection by a uniquely talented critic in his prime. Employing an eclectic approach that blends myth criticism and psychoanalysis, González, at his best, is nothing short of dazzling. Although the book is centered on Cuba, one of its many virtues is the way it opens Cuban culture up to a noninsular archive of literary texts, myths, movies, and folktales. I don't know of any work like it."--Gustavo Pérez Firmat, Columbia University