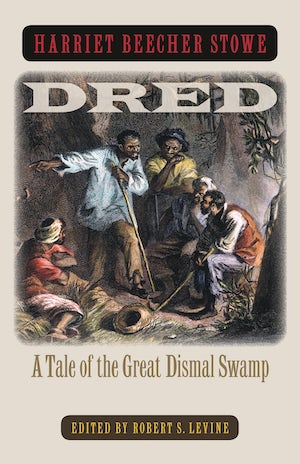 Harriet Beecher Stowe's second antislavery novel was written partly in response to the criticisms of Uncle Tom's Cabin (1852) by both white Southerners and black abolitionists. In Dred (1856), Stowe attempts to explore the issue of slavery from an African American perspective.

Through the compelling stories of Nina Gordon, the mistress of a slave plantation, and Dred, a black revolutionary, Stowe brings to life conflicting beliefs about race, the institution of slavery, and the possibilities of violent resistance. Probing the political and spiritual goals that fuel Dred's rebellion, Stowe creates a figure far different from the acquiescent Christian martyr Uncle Tom.

In his introduction to the classic novel, Robert S. Levine outlines the antislavery debates in which Stowe had become deeply involved before and during her writing of Dred. Levine shows that in addition to its significance in literary history, the novel remains relevant to present-day discussions of cross-racial perspectives.

"Provides another opportunity for scholars and students to learn how Stowe craft[ed] a second and even more radical novel. . . . Represent[s] the literary, political, and ethical tensions and uncertainties of its time."--Resources for American Literary Study

"A powerful novel mixing romance, slavery, and religion, Harriet Beecher Stowe’s Dred was a bestseller in its day and a compelling extension of Stowe’s critique of slavery. Robert Levine’s superb edition of this important antebellum novel contains a fine introduction describing Stowe’s development as a writer and antislavery advocate, the slavery controversy of the 1850s, and the prominent figures and themes of the novel. The text of Stowe’s novel is illuminated by Levine’s judicious and helpful explanatory notes."--Gregg Crane, University of Michigan

"Inspired by a rare genius--rare in both intensity and in range of power."--George Eliot