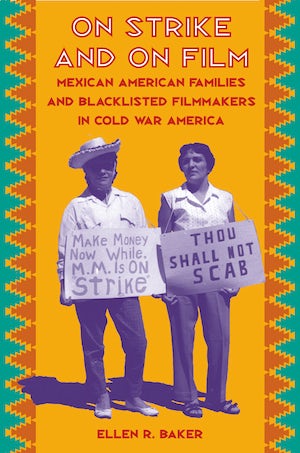 In 1950, Mexican American miners went on strike for fair working conditions in Hanover, New Mexico. When an injunction prohibited miners from picketing, their wives took over the picket lines--an unprecedented act that disrupted mining families but ultimately ensured the strikers' victory in 1952. In On Strike and on Film, Ellen Baker examines the building of a leftist union that linked class justice to ethnic equality. She shows how women's participation in union activities paved the way for their taking over the picket lines and thereby forcing their husbands, and the union, to face troubling questions about gender equality.

Baker also explores the collaboration between mining families and blacklisted Hollywood filmmakers that resulted in the controversial 1954 film Salt of the Earth. She shows how this worker-artist alliance gave the mining families a unique chance to clarify the meanings of the strike in their own lives and allowed the filmmakers to create a progressive alternative to Hollywood productions. An inspiring story of working-class solidarity, Mexican American dignity, and women's liberation, Salt of the Earth was itself blacklisted by powerful anticommunists, yet the movie has endured as a vital contribution to American cinema.

"Succeeds very well in binding the two stories of Hanover’s Empire Zinc strike and the production of Salt of the Earth together. . . . A welcome addition to the literature on labour conflicts and cultural politics during the early Cold War."--American Communist History

"The book reflects [Baker's] research into published sources, but she also interviewed a number of the key participants and used numerous archives, government records, and unpublished materials."--The Journal of American History

"An innovative treatment of the strike’s ethnic roots and gendered character that provides a valuable addition to the fields of labor, ethnic, and women’s history."--Journal of American Ethnic History

"Baker has written an excellent, refreshingly cross-disciplinary study of Mexican American families involved in the 1950 Empire Zinc strike . . . and the making of the 1954 film Salt of the Earth by blacklisted Hollywood artists. . . . Highly recommended."--CHOICE

"Several researchers have approached this subject, but Baker's perspective is unique."--Western Historical Quarterly

"Remarkable! . . . A solid example of what a community study should do: it should place the local in the context of the national in order to properly contextualize the analytical conclusions of the author."--Labor History 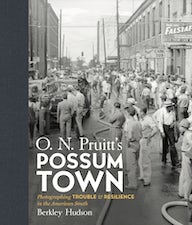