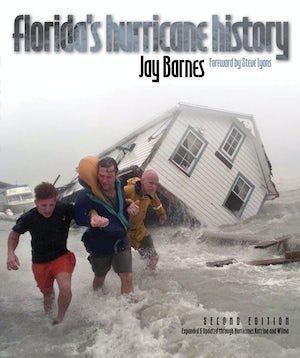 The Sunshine State has an exceptionally stormy past. Vulnerable to storms that arise in the Atlantic, Caribbean, and Gulf of Mexico, Florida has been hit by far more hurricanes than any other state. In many ways, hurricanes have helped shape Florida's history. Early efforts by the French, Spanish, and English to claim the territory as their own were often thwarted by hurricanes. More recently, storms have affected such massive projects as Henry Flagler's Overseas Railroad and efforts to manage water in South Florida.

In this book, Jay Barnes offers a fascinating and informative look at Florida's hurricane history. Drawing on meteorological research, news reports, first-person accounts, maps, and historical photographs, he traces all of the notable hurricanes that have affected the state over the last four-and-a-half centuries, from the great storms of the early colonial period to the devastating hurricanes of 2004 and 2005--Charley, Frances, Ivan, Jeanne, Dennis, Katrina, and Wilma.

In addition to providing a comprehensive chronology of more than one hundred individual storms, Florida's Hurricane History includes information on the basics of hurricane dynamics, formation, naming, and forecasting. It explores the origins of the U.S. Weather Bureau and government efforts to study and track hurricanes in Florida, home of the National Hurricane Center. But the book does more than examine how hurricanes have shaped Florida's past; it also looks toward the future, discussing the serious threat that hurricanes continue to pose to both lives and property in the state.

Filled with more than 200 photographs and maps, the book also features a foreword by Steve Lyons, tropical weather expert for the Weather Channel. It will serve as both an essential reference on hurricanes in Florida and a remarkable source of the stories--of tragedy and destruction, rescue and survival--that foster our fascination with these powerful storms.

Jay Barnes is director of development for the North Carolina Aquarium Society. He has worked with the Aquariums since 1980, and he was director of the Aquarium at Pine Knoll Shores for more than twenty years. He is a graduate of N.C. State University's College of Design, and holds a master's degree in advertising from Syracuse University. He is author of several books and articles on hurricanes, including North Carolina's Hurricane History (UNC Press), now in its third edition, Florida's Hurricane History (UNC Press), now in its second edition, and Faces From the Flood: Hurricane Floyd Remembered (UNC Press), co-authored by State Treasurer Richard Moore. Barnes lives in Pine Knoll Shores, N.C.
For more information about Jay Barnes, visit the Author Page.

"A comprehensive and useful history of hurricanes in Florida. . . . The best general history on hurricanes and their impact on the Sunshine state."--Tampa Bay History

"Meticulously researched and compiled into a fascinating narrative. . . . I would recommend this book to anyone interested in a historical perspective of Florida's complex relationship with the tropical cyclone."--American Meteorological Society

“In . . . Florida’s Hurricane History, the stormy past of the Sunshine State rises above mere statistics.”--Tampa Bay Magazine

“The book does not just focus on the events of the past, but also looks toward the future, discussing the serious threat that hurricanes continue to pose.”--Weatherwise 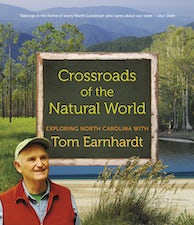