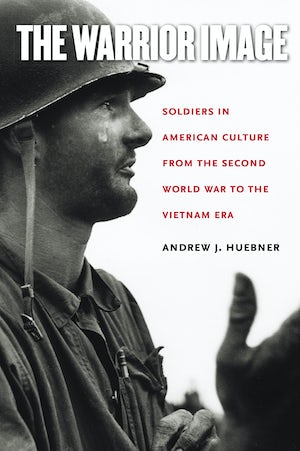 A Nota Bene selection of Chronicle of Higher Education

Images of war saturated American culture between the 1940s and the 1970s, as U.S. troops marched off to battle in World War II, the Korean War, and the Vietnam War. Exploring representations of servicemen in the popular press, government propaganda, museum exhibits, literature, film, and television, Andrew Huebner traces the evolution of a storied American icon--the combat soldier.

Huebner challenges the pervasive assumption that Vietnam brought drastic changes in portrayals of the American warrior, with the jaded serviceman of the 1960s and 1970s shown in stark contrast to the patriotic citizen-soldier of World War II. In fact, Huebner shows, cracks began to appear in sentimental images of the military late in World War II and were particularly apparent during the Korean conflict. Journalists, filmmakers, novelists, and poets increasingly portrayed the steep costs of combat, depicting soldiers who were harmed rather than hardened by war, isolated from rather than supported by their military leadership and American society. Across all three wars, Huebner argues, the warrior image conveyed a growing cynicism about armed conflict, the federal government, and Cold War militarization.

"Well written, thoughtful, and an important contribution to understanding the popular image of the American soldier."--On Point

"A welcome contribution to the history of visual and textual representations of the foot soldier."--American Journalism

"The strength of Huebner's account . . . is the nuanced way he analyzes his material."--The Journal of Military History

"A positive addition to not only the historiography of military history, but also to the study of popular culture and film. Huebner has conducted significant research in both fields, and his contribution to the 1941-1982 period is relevant beyond traditional military history."--Military History of the West

"Huebner sees important parallels between World War II, the Korean War, and the Vietnam War. . . . One of the most important contributions made by Huebner is his examination of the Korean War."--The Journal of American History

"Clear, jargon-free prose. . . . Raises--and addresses--important questions about media representations of wartime and warriors at a time when the United States remains militarily involved around the globe."--American Studies