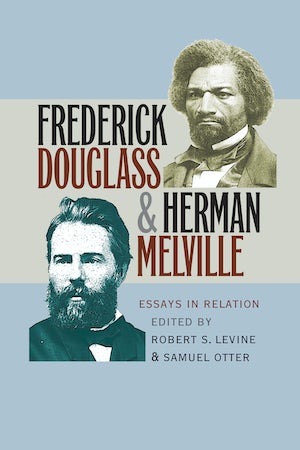 Frederick Douglass (1818-1895) and Herman Melville (1819-1891) addressed in their writings a range of issues that continue to resonate in American culture: the reach and limits of democracy; the nature of freedom; the roles of race, gender, and sexuality; and the place of the United States in the world. Yet they are rarely discussed together, perhaps because of their differences in race and social position. Douglass escaped from slavery and tied his well-received nonfiction writing to political activism, becoming a figure of international prominence. Melville was the grandson of Revolutionary War heroes and addressed urgent issues through fiction and poetry, laboring in increasing obscurity.

In eighteen original essays, the contributors to this collection explore the convergences and divergences of these two extraordinary literary lives. Developing new perspectives on literature, biography, race, gender, and politics, this volume ultimately raises questions that help rewrite the color line in nineteenth-century studies.

Robert S. Levine is professor of English at the University of Maryland and author or editor of a number of books, including Martin Delany, Frederick Douglass, and the Politics of Representative Identity and Harriet Beecher Stowe's Dred: A Tale of the Great Dismal Swamp (both from the University of North Carolina Press).
For more information about Robert S. Levine, visit the Author Page.

Samuel Otter is associate professor of English at the University of California, Berkeley, and author of Melville's Anatomies.
For more information about Samuel Otter, visit the Author Page.

"This volume is an example of the most important work being done in American literary studies today. The essays--many of them by high-profile Americanists--work against simple veneration of Douglass and Melville, instead offering incisive and much-needed commentary on the larger debates, tensions, and opportunities within which both authors worked."--Caroline Levander, Rice University

"Representing a range of perspectives generated by some of the most interesting analysts of nineteenth-century U.S. literary and cultural history, this volume makes an exciting and important contribution to the field. It also offers an excellent opportunity to meditate on the project of literary criticism by considering the insights that emerge when scholars are prompted to consider the relationship between two authors who, although both brilliant literary observers of an extraordinary moment, have traditionally been viewed in very different contexts. The result is a collection that will endure and will be taught widely in conjunction with nineteenth-century U.S. literature surveys and history classes."--Priscilla Wald, Duke University