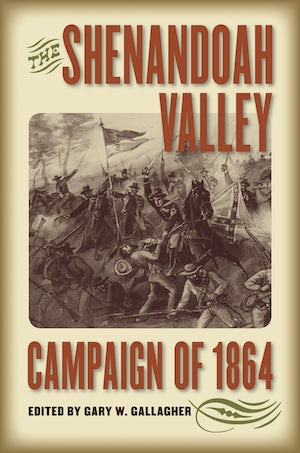 Generally regarded as the most important of the Civil War campaigns conducted in the Shenandoah Valley of Virginia, that of 1864 lasted more than four months and claimed more than 25,000 casualties. The armies of Philip H. Sheridan and Jubal A. Early contended for immense stakes. Beyond the agricultural bounty and the boost in morale a victory would bring, events in the Valley also would affect Abraham Lincoln's chances for reelection in the November 1864 presidential canvass.

The eleven original essays in this volume reexamine common assumptions about the campaign, its major figures, and its significance. Taking advantage of the most recent scholarship and a wide range of primary sources, contributors examine strategy and tactics, the performances of key commanders on each side, the campaign's political repercussions, and the experiences of civilians caught in the path of the armies. The authors do not always agree with one another, yet, taken together, their essays highlight important connections between the home front and the battlefield, as well as ways in which military affairs, civilian experiences, and politics played off one another during the campaign.

Gary W. Gallagher is John L. Nau III Professor of History at the University of Virginia. He has written or edited two dozen books in the field of Civil War history, including The Shenandoah Valley Campaign of 1862 and Lee and His Army in Confederate History (both UNC Press).
For more information about Gary W. Gallagher, visit the Author Page.

"For Civil War buffs (and you know who you are), it is the closest thing to attending a round-table in book form--read a chapter en masse and let the debating begin."--Civil War Times

"This new volume in the series contains fine writing and commendable research. It has much to offer in any examination of the significant campaign."--Civil War News

"Gallagher's book, The Shenandoah Valley Campaign of 1864, is a fine collection of essays, all well written and researched. . . . Gallagher's collection of essays represents sound scholarship on some of the notable personalities and tactical movements of a desperate Confederate operation in Virginia."--Journal of American History

"Provides perspective on a variety of military, political and social issues related to the Shenandoah Valley Campaign of 1864."--The Washington Times

"[The Shenandoah Valley Campaign of 1864] will be a necessary work for any future study of the campaign for final control of 'The Breadbasket of the Confederacy.'"--Journal of Military History