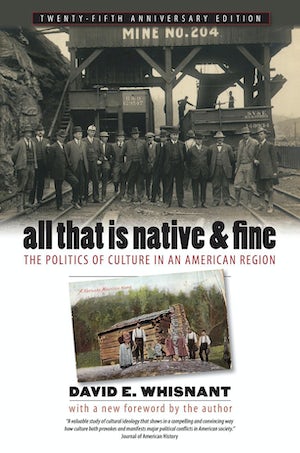 To purchase online via an independent bookstore, visit Bookshop.org
In the American imagination, "Appalachia" designates more than a geographical region. It evokes fiddle tunes, patchwork quilts, split-rail fences, and all the other artifacts that decorate a cherished romantic region in the American mind. In this classic work, David Whisnant challenges this view of Appalachia (and consequently a broader imaginative tendency) by exploring connections between the comforting simplicity of cultural myth and the troublesome complexities of cultural history.

Looking at the work of ballad hunters and collectors, folk and settlement school founders, folk festival promoters, and other culture workers, Whisnant examines a process of intentional and systematic cultural intervention that had--and still has--far-reaching consequences. He opens the way into a more sophisticated understanding of the politics of culture in Appalachia and other regions. In a new foreword for this twenty-fifth anniversary edition, Whisnant reflects on how he came to write this book, how readers responded to it, and how some of its central concerns have animated his later work.

David E. Whisnant is author of Modernizing the Mountaineer: People, Power and Planning in Appalachia and Rascally Signs in Sacred Places: The Politics of Culture in Nicaragua. He lives in Chapel Hill, North Carolina, where he is currently doing historical research and writing for the National Park Service.
For more information about David E. Whisnant, visit the Author Page.

"A valuable study of cultural ideology that shows in a compelling and convincing way how culture both provokes and manifests major political conflicts in American society."--Journal of American History

"Twenty-five years later, All That Is Native and Fine is still a sobering reminder that the Appalachia we think we know was never as simple as we thought."

"[This book] is particularly appropriate for today. Those employed in public sector agencies, such as museums, living history farms, arts and humanities councils, oral history programs, and historic preservation projects must deal with various forms of cultural intervention while attempting to determine to what extent interpretations, reenactments, depictions, and even rescues either ignore, eliminate, or vicariously promote stereotypes. A delightfully readable and sensitive book."--Journal of Southern History

"A stunning book. Whisnant's research is superb, his analysis powerful and sophisticated. . . . A model for future examinations of cultural intervention.”--American Music

"A brief review cannot capture the depth, richness, and detail of this study. It is essential reading to all who would understand the role of folk and traditional culture in a regional setting."--Georgia Historical Quarterly

"The most perceptive and provocative book yet written on the culture of the southern mountains. It tells a story that has only been hinted at in previous works, but never told as fully nor with as much clarity as in this fine book. . . . A major contribution to folk music scholarship, demolishing a few persistent and romantic myths."--Bill C. Malone, Tulane University 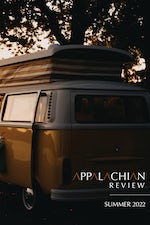