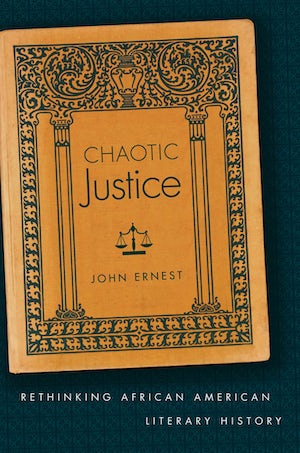 Ernest revisits the work of nineteenth-century writers and activists such as Henry "Box" Brown, Frederick Douglass, Harriet Wilson, William Wells Brown, and Sojourner Truth, demonstrating that their concepts of justice were far more radical than those imagined by most white sympathizers. He sheds light on the process of reading, publishing, studying, and historicizing this work during the twentieth century. Looking ahead to the future of the field, Ernest offers new principles of justice that grant fragmented histories, partial recoveries, and still-unprinted texts the same value as canonized works. His proposal is both a historically informed critique of the field and an invigorating challenge to present and future scholars.

John Ernest is Eberly Family Distinguished Professor of American Literature at West Virginia University. He is author or editor of six books, including Liberation Historiography: African American Writers and the Challenge of History, 1794-1861 (UNC Press).
For more information about John Ernest, visit the Author Page.

"This book will interest students and scholars of history as well as literature. . . . Recommended."--Choice

"Capturing and unveiling the complexity of race requires a vast knowledge of both history and literature, a knowledge that cannot be acquired easily or quickly. There are few critics . . . who can match Ernest's grasp of the period."--American Quarterly

"[A] thoughtful study. . . . Importantly affirms the continuing need, in courses and in scholarship, for work focused specifically on the African American tradition."--Journal of American History

"One of the most eloquent, thought-provoking, learned, theoretically innovative (Ernest not only draws from chaos theory but also from choreography!) and consequently, at least potentially, interesting attempts to counter the idea that we need to move beyond race."--Ethnic and Racial Studies

“A much needed work in African American literary studies and one that should be read by anyone who considers working in the field.”--Louisiana History