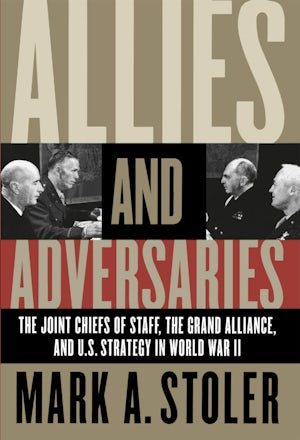 During World War II the uniformed heads of the U.S. armed services assumed a pivotal and unprecedented role in the formulation of the nation's foreign policies. Organized soon after Pearl Harbor as the Joint Chiefs of Staff, these individuals were officially responsible only for the nation's military forces. During the war their functions came to encompass a host of foreign policy concerns, however, and so powerful did the military voice become on those issues that only the president exercised a more decisive role in their outcome.

Drawing on sources that include the unpublished records of the Joint Chiefs as well as the War, Navy, and State Departments, Mark Stoler analyzes the wartime rise of military influence in U.S. foreign policy. He focuses on the evolution of and debates over U.S. and Allied global strategy. In the process, he examines military fears regarding America's major allies--Great Britain and the Soviet Union--and how those fears affected President Franklin D. Roosevelt's policies, interservice and civil-military relations, military-academic relations, and postwar national security policy as well as wartime strategy.

Mark A. Stoler is professor of history at the University of Vermont in Burlington.
For more information about Mark A. Stoler, visit the Author Page.

“In making so much of the familiar terrain of policy-making seem new, Stoler has provided an altogether worthy study.”--Washington Post Book World

"This is not an institutional history. Rather it is a lucid, logical examination of U.S. military thinking about the world from the late 1930s through to the end of the Second World War."--Times Literary Supplement

"Stoler is the leading independent historian of the ideas and culture of the American military active in the United States."--Cold War History

"A matchless insight into the nature of policymaking, as fresh as it is thorough. . . . Indispensable for understanding the way the war was conducted at the highest levels. . . . Stoler's work is seminal, forcing us to rethink radically much about the war we thought we knew so well."--Intelligence & National Security

"A solid contribution, a valuable study of the Joint Chiefs of Staff, and a must read for military and diplomatic historians of World War II."--Journal of American History

"An authoritative account of the role of the US joint chiefs of staff during the Second World War. It is based on a prodigious amount of research in the records of the war, navy, and state departments as well as in the records of the joint chiefs of staff. It is a contribution of major importance on the role of the military in the shaping of US foreign policy."--International History Review 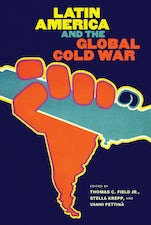