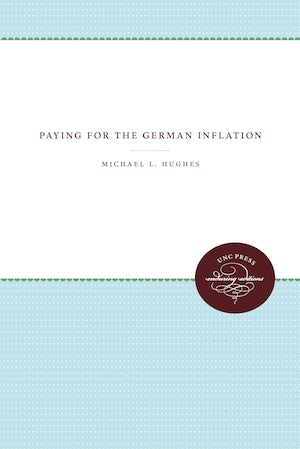 Contributing to the debate about the nature of politics in Weimar Germany, this study supports scholarship emphasizing that inept attempts to solve the intractable problems of stabilization contributed substantially to Weimar's decline, and it illuminates how conservative attempts to manipulate popular discontent left many Germans open to Nazi appeals. Hughes illustrates the problems arising in the aftermath of inflation and shows how these contributed to the overwhelming economic constraints Germany faced by the late 1920s.

"Relying mostly on German sources, especially archival, and documenting with elaborate footnotes, Hughes reveals how creditors as a group were misled, even deceived, by the leading parties and how this and the unsatisfactory revaluation finally enacted contributed to the disillusionment of the middle classes with Weimar democracy and its increasing support for Hitler."--Choice