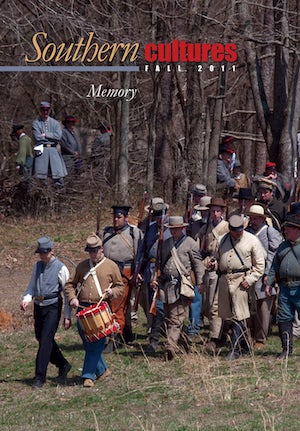 Personal. Public. Historical. This issue of Southern Cultures is devoted entirely to Memory. . .

“As the Soviets used to joke about their own politically driven histories, ‘The present we know; the future is certain. Only the past is unpredictable.’”

“Truth is mighty & will eventually prevail”

“While northerners might appear comparatively apathetic about the memory of the Union cause, white southerners have been tenacious in searching for moral clarity in the past.”

“Personal in My Memory”

The South in Popular Film

by some of our favorite writers and filmmakers, with an introduction by Godfrey Cheshire

“We have two imaginary kingdoms. One, ‘the South,’ exists primarily in song, oral

traditions and folkways, native art and literature. The other, ‘Hollywood,’ creates mass-produced audiovisual entertainments for American and world audiences, and develops its own mythology.”

“Cooney Simms, the grocer, had a big Philco floor-model radio with push buttons and short wave. Neighbors gathered around when Joe Lewis was fighting. And wasn’t he always this good giant who whipped Adolph Hitler’s man Max Schmeling? Static wasn’t too bad; one could hear Franklin Roosevelt’s fireside chats if they didn’t come on the same time as the Grand Ole Opry.”

from an interview by Jessica Wilkerson

compiled and introduced by Jessica Wilkerson and David P. Cline

Judge Thomas Ruffin and the Shadows of Southern History 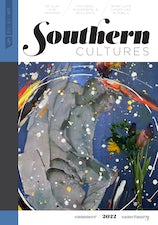