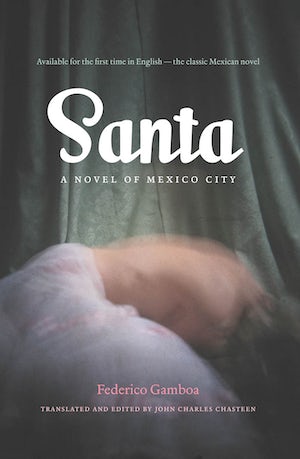 This enduring classic of Mexican literature traces the path to ruination of a country girl, Santa, who moves to Mexico City after she is impregnated and abandoned by her lover and subsequently shunned by her family. Once in the city, Santa turns to prostitution and soon gains prominence as Mexico City's most sought-after courtesan. Despite the opportunities afforded by her success, including the chance to quit prostitution, Santa is propelled by her personal demons toward her ultimate downfall. This evocative novel—justly famous for its vividly detailed depiction of the cityscape and the city's customs, social interactions, and political activities—assumed singular importance in Mexican popular culture after its original publication in 1903. The book inspired Mexico's first "talkie" and several other film adaptations, a music score, a radio series, a television soap opera, and a pornographic comic book.

Naturalist writer Federico Gamboa, who was also a lawyer and politician, reveals much about Mexican mores and culture at the start of the twentieth century and beyond, from expectations regarding gender roles to the myth of the corrupting and decadent city. In describing how Santa is at the mercy of social problems beyond her control, Gamboa provides a rich historical portrayal of widespread conditions in the years leading to the Mexican Revolution.

Federico Gamboa (1864-1939) was one of the most important Mexican novelists of the late nineteenth and early twentieth centuries.
For more information about Federico Gamboa, visit the Author Page.

"John Charles Chasteen has brought to the English language what for Mexico was (for a while) the equivalent of Lady Chatterley's Lover. . . . Highly enjoyable."--Latin American Review of Books

"The novel is held in high regard for its value as a social document. Moving with ease between government, law court and bordello, Gamboa had the advantage of being able to observe most levels of Mexican society, and Santa contains richly detailed accounts of ordinary life and political activity in the years leading up to the Mexican Revolution. Chasteen’s new translation wishes to make this formative novel accessible to a new generation of readers."--Times Literary Supplement

"A south-of-the-border classic now in English. . . . [This is] the first-ever translation of the novel from Spanish into English. . . . It also tells us a lot about Mexico City at the turn of the twentieth century."--Endeavors

"Compelling. . . . This powerful tale draws the reader [in]. . . . Well conceived, well plotted, well written, and translated with verve by Chasteen, this novel will be a revelation to Anglophone readers. . . . Highly recommended."--Choice

"Chasteen provides an artistic, lyrical translation of Gamboa's striking and significant novel that captures the spirit and narrative of the story and the authorial intention of the novelist. Like Chasteen, I indulged in the sentimentality and reveled in the description of Mexico City."--William H. Beezley, University of Arizona

"This dramatic, at times moving, at times racy, and beautifully-written novel was a best seller in early-twentieth-century Mexico. Modern readers will savor the rich evocation of the period's sights, scents, sounds, and, especially, language. A must for historians of Mexican culture and gender roles."--Silvia Marina Arrom, Jane's Professor of Latin American Studies, Brandeis University 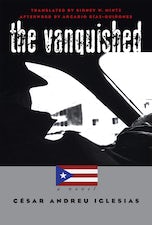