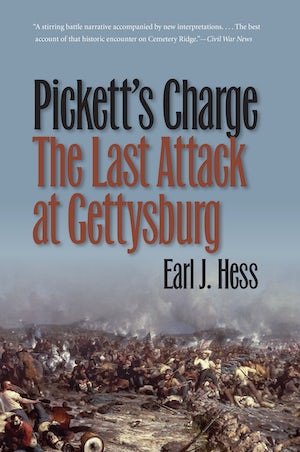 Sweeping away many of the myths that have long surrounded Pickett's Charge, Earl Hess offers the definitive history of the most famous military action of the Civil War. He transforms exhaustive research into a moving narrative account of the assault from both Union and Confederate perspectives, analyzing its planning, execution, aftermath, and legacy.

Earl J. Hess is Stewart W. McClelland Chair in history at Lincoln Memorial University in Harrogate, Tennessee. He is author of several books on the Civil War, includingThe Union Soldier in Battle: Enduring the Ordeal of Combat, and coauthor of Pea Ridge: Civil War Campaign in the West.
For more information about Earl J. Hess, visit the Author Page.

"Hess provides a stirring battle narrative accompanied by new interpretations tracing the hows and whys of what has been called Pickett's Charge. . . . A successful combination of familiar and not so well known accounts. . . . Very readable with a liberal use of maps and illustrations to accompany the text. . . . A necessary read for anyone interested in the Gettysburg Campaign or military history. . . . The best account of that historic encounter on Cemetery Ridge."--Civil War News

"Well illustrated with scenes from the battlefield and portraits of the principal figures. . . . The writing is crisp and clear. Pickett's Charge is a valuable addition to the Civil War shelf."--Washington Times

"This book is probably the best book on Pickett's Charge that has been written to date. . . . Hess's writing is clear and lucid, and very descriptive of the horrible battlefield conditions during this storied attack and repulse. . . . His book will stand on its own merit for a long time to come. It's a must-have title for any Gettysburg collection."--Journal of Military History

"Hess brings an impressive outpouring of new and old sources to bear in a strong narrative of the attack and its repulse that is rich in detail, quotes and personal accounts, with excellent accompanying maps and photographs. . . . This is a good book."--Washington Post Book World

"Here we are told again and better of the best-known day of the war, in a beautifully written account. . . . No prior account captures with such integrity and historical accuracy the horror and valor of the best-known infantry assault of the war. This book imparts a palpable understanding and appreciation of the roles played by men of all ranks, both sides, the brave, the foolish, the cowardly, the opportunistic."--Virginia Quarterly Review

"[Hess] utilizes a wide range of primary sources penned by the participants themselves from before the attack began through postwar remembrances. . . . From this perspective we have not only a fuller appreciation of what the participants experienced, but also a more accurate picture of the charge's significance in the larger context of war."--Civil War Times 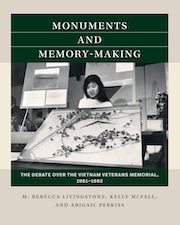