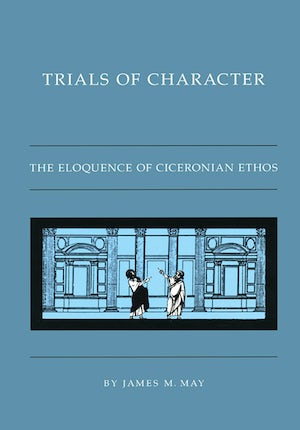 By its very nature, the art of oratory involves character. Verbal persuasion entails the presentation of a persona by the speaker that affects an audience for good or ill. In this book, James May explores the role and extent of Cicero's use of ethos and demonstrates its persuasive effect. May discusses the importance of ethos, not just in classical rhetorical theory but also in the social, political, and judicial milieu of ancient Rome, and then applies his insights to the oratory of Cicero.

Ciceronian ethos was a complex blend of Roman tradition, Cicero's own personality, and selected features of Greek and Roman oratory. More than any other ancient literary genre, oratory dealt with constantly changing circumstances, with a wide variety of rhetorical challenges. An orator's success or failure, as well as the artistic quality of his orations, was largely the direct result of his responses to these circumstances and challenges. Acutely aware of his audience and its cultural heritage and steeped in the rhetorical traditions of his predecessors, Cicero employed rhetorical ethos with uncanny success.

May analyzes individual speeches from four different periods of Cicero's career, tracing changes in the way Cicero depicted character, both his own and others', as a source of persuasion--changes intimately connected with the vicissitudes of Cicero's career and personal life. He shows that ethos played a major role in almost every Ciceronian speech, that Cicero's audiences were conditioned by common beliefs about character, and finally, that Cicero's rhetorical ethos became a major source for persuasion in his oratory.

James M. May is provost, dean, and professor of classics at St. Olaf College.
For more information about James M. May, visit the Author Page.