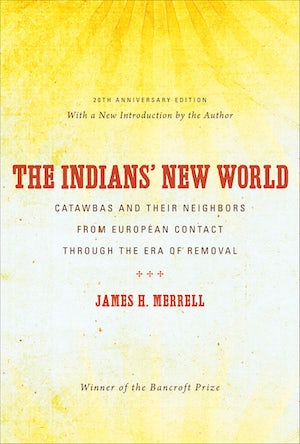 This eloquent, pathbreaking account follows the Catawbas from their first contact with Europeans in the sixteenth century until they carved out a place in the American republic three centuries later. It is a story of Native agency, creativity, resilience, and endurance.

Upon its original publication in 1989, James Merrell's definitive history of Catawbas and their neighbors in the southern piedmont helped signal a new direction in the study of Native Americans, serving as a model for their reintegration into American history. In an introduction written for this twentieth anniversary edition, Merrell recalls the book's origins and considers its place in the field of early American history in general and Native American history in particular, both at the time it was first published and two decades later.

James H. Merrell is Lucy Maynard Salmon Professor of History at Vassar College. He is author and editor of numerous books, including his second Bancroft Prize-winner (and a Finalist for the Pulitzer Prize), Into the American Woods: Negotiators on the Pennsylvania Frontier.
For more information about James H. Merrell, visit the Author Page.

"One of the most carefully crafted and smoothly written narratives I have ever read."--James Axtell, The Journal of Southern History

"Working with difficult evidence and supplementing his reading of the historical record with material from anthropology, folklore, and archaeology, Merrell has produced a well-written and impressive study."--Colin Calloway, The Journal of American History

"The Indians' New World became, at the time of its publication, an instant classic. The story it tells of the Catawbas--balancing agency with victimization, triumph with trauma--can serve as a microcosm of Native American history at large. Deeply researched, beautifully constructed, written with both power and grace, it has lost none of its lustre today."--John Demos, Yale University

"The title says it. . . . By choosing as his protagonists a new people, the Catawbas, who emerged from encounter with Europeans, Merrell made change the central story. In the process, he gave historians a new world, too."--Laurel Thatcher Ulrich, Harvard University 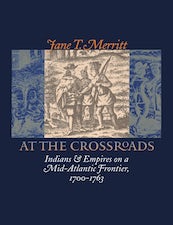