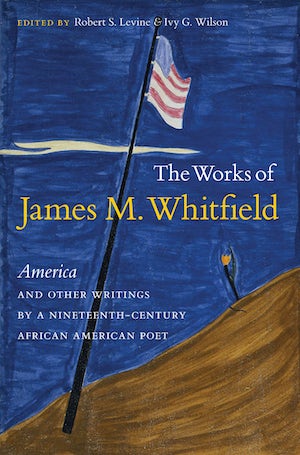 In this comprehensive volume of the collected writings of James Monroe Whitfield (1822-71), Robert S. Levine and Ivy G. Wilson restore this African American poet, abolitionist, and intellectual to his rightful place in the arts and politics of the nineteenth-century United States.

Whitfield's works, including poems from his celebrated America and Other Poems (1853), were printed in influential journals and newspapers, such as Frederick Douglass's The North Star. A champion of the black emigration movement during the 1850s, Whitfield was embraced by African Americans as a black nationalist bard when he moved from his longtime home in Buffalo, New York, to California in the early 1860s. However, by the beginning of the twentieth century, his reputation had faded.

For this volume, Levine and Wilson gathered and annotated all of Whitfield's extant writings, both poetry and prose, and many pieces are reprinted here for the first time since their original publication. In their thorough introduction, the editors situate Whitfield in relation to key debates on black nationalism in African American culture, underscoring the importance of poetry and periodical culture to black writing during the period.

Robert S. Levine is professor of English and Distinguished Scholar-Teacher at the University of Maryland, College Park. His most recent book is Dislocating Race and Nation: Episodes in Nineteenth-Century American Literary Nationalism.
For more information about Robert S. Levine, visit the Author Page.

Ivy G. Wilson is associate professor of English at Northwestern University. He is the author of Specters of Democracy: Blackness and the Aesthetics of Nationalism in the Antebellum U.S.
For more information about Ivy G. Wilson, visit the Author Page.

"Their introduction is extremely significant for insightfully locating Whitfield in his own time and in relation to debates around black nationalism, opening a new perspective on Whitfield that in most cases will introduce readers to Whitfield's work for the first time."--The Year's Work in English Studies

"Levine and Wilson have rescued the important but woefully understudied James M. Whitfield from obscurity with this enlightening and informative collection of his work."--Richard Yarborough, editor of the University Press of New England's Library of Black Literature series

"This is a long overdue edition of Whitfield's powerful and sophisticated prose, from his searing poetry to his memorable and probing political writings. Thanks to Levine and Wilson, Whitfield's writing and ideas are poised to impact twenty-first-century considerations of American ideas, political debates, and literary tradition that are central to our understanding of American culture, history, and identity."--Lois Brown, author of Pauline Elizabeth Hopkins: Black Daughter of the Revolution 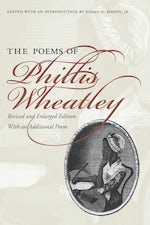