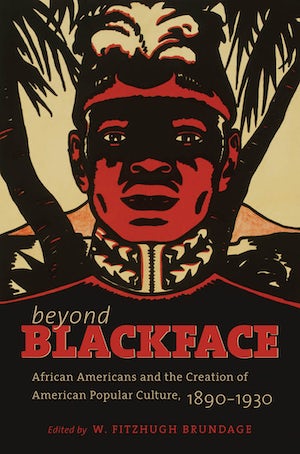 This collection of thirteen essays, edited by historian W. Fitzhugh Brundage, brings together original work from sixteen scholars in various disciplines, ranging from theater and literature to history and music, to address the complex roles of black performers, entrepreneurs, and consumers in American mass culture during the early twentieth century.

Moving beyond the familiar territory of blackface and minstrelsy, these essays present a fresh look at the history of African Americans and mass culture. With subjects ranging from representations of race in sheet music illustrations to African American interest in Haitian culture, Beyond Blackface recovers the history of forgotten or obscure cultural figures and shows how these historical actors played a role in the creation of American mass culture. The essays explore the predicament that blacks faced at a time when white supremacy crested and innovations in consumption, technology, and leisure made mass culture possible. Underscoring the importance and complexity of race in the emergence of mass culture, Beyond Blackface depicts popular culture as a crucial arena in which African Americans struggled to secure a foothold as masters of their own representation and architects of the nation's emerging consumer society.

“These essays do genuinely deepen our understanding of black participation in the burgeoning consumer culture of America. This book will complement other recent scholarship on this period. . . underscoring the role of African Americans in the making of American modernity.”--Southern Historian

“[Brundage] has edited this timely volume with authority and thoroughness.”--North Carolina Historical Review

"This volume is a rich synthesis of the history of African Americans and mass culture from the late nineteenth century through the 1930s. . . . [It] stands as an excellent overview that fills a large gap in the scholarship."--The Historian

"An invaluable introduction to the emergence of African American popular culture."--Florida Historical Quarterly

"This first-rate collection of essays seeks to move conversations about black performance, black culture, and the embodiment of both beyond the heretofore 'comfortable' terrain of blackface and minstrelsy. It does so with resounding success. Bravo to the essayists of this excellent volume."--Jonathan Scott Holloway, Yale University 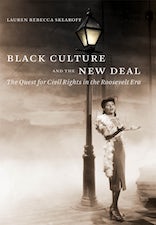