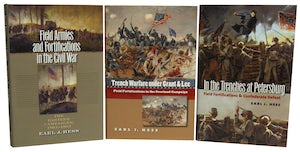 This three-volume Omnibus e-Book set is a collection of Earl J. Hess's definitive works on trench warfare during the Civil War. The set includes:

Field Armies and Fortifications in the Civil War: The Eastern Campaigns, 1861-1864, covering the eastern campaigns, from Big Bethel and the Peninsula to Chancellorsville, Gettysburg, Charleston, and Mine Run;

In the Trenches at Petersburg: Field Fortifications and Confederate Defeat, recounting the strategic and tactical operations in Virginia during the last ten months of the Civil War, when field fortifications dominated military planning and the landscape of battle.

This invaluable trilogy is a must have for anyone interested in the battles, tactics and strategies of both sides during the Civil War.

Earl J. Hess is Stewart W. McClelland Chair in History at Lincoln Memorial University in Harrogate, Tennessee. He is author or editor of eleven books on the Civil War.
For more information about Earl J. Hess, visit the Author Page.

"[Hess's three-volume] set unquestionably deserves recognition as groundbreaking work on an important topic. It will be the standard for years."--Robert Krick, America's Civil War

"The result of Hess's indefatigable research in a wide range of sources and his imaginative field study of extant battlefields. . . . even more innovative and important than his previous outstanding studies ... should give Earl J. Hess his rightful place among the best Civil War historians of our time."--Civil War History

“Hess has a well-deserved reputation as the master on American Civil War field fortifications. . . . [Makes] a coherent whole of the months-long contest by placing the series of offensives and counteroffensives like beads on a string of digging, tunneling, and mining. . . . Hess fans and students of field fortifications will be pleased, and others will find a work of first class military history.”--Journal of America’s Military Past 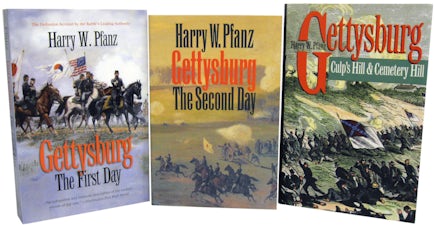 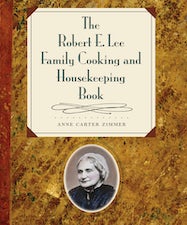 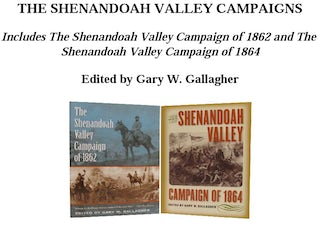