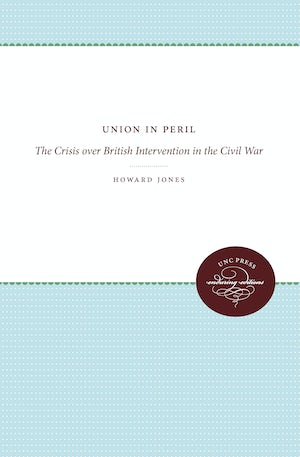 Jones studies the crisis in Anglo-American relations during the Civil War and its impact on the South's attempt to win foreign support during the crucial years of 1861 and 1862. He argues that the central issue was the possibility that Britain would grant diplomatic recognition to the Confederacy, a move that would have legitimized secession and undermined the Constitution.

"An attractively written, cogently argued study that merits a prominent place on the bookshelves of Anglo-American and Civil War scholars."--Journal of American History

"A superb synthesis of the Anglo-American recognition issue and an example of traditional diplomatic history at its best."--Edward P. Crapol, The College of William and Mary

"A major contribution to Civil War scholarship. . . . [It] sets a new standard for all treatments of Anglo-American relations during the American Civil War."--Norman B. Ferris, Middle Tennessee State University